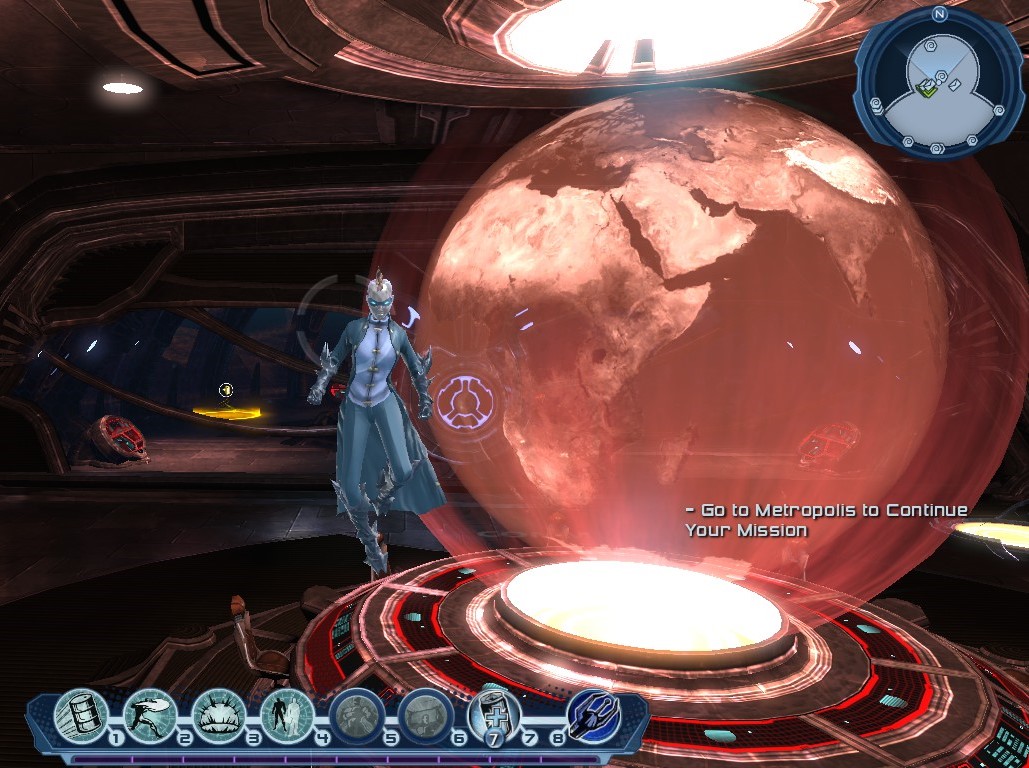 This superhero MMO presents the player with plenty of binary choices, the most important of which is a path of heroics, or of villainy. The implications of that decision boil down to the type of globe you might see, amongst.. other things.

As regular contributor ‘Big-Cow’ describes it: villains are allowed to pass between Metropolis and Gotham by way of the Hall of Doom. The Hall is described on the DC Wikia project as being in a secret location, somewhere in a swamp which lays between these two cities – the stomping grounds for Superman and Batman. Inside, the planet is rendered in a pale red. 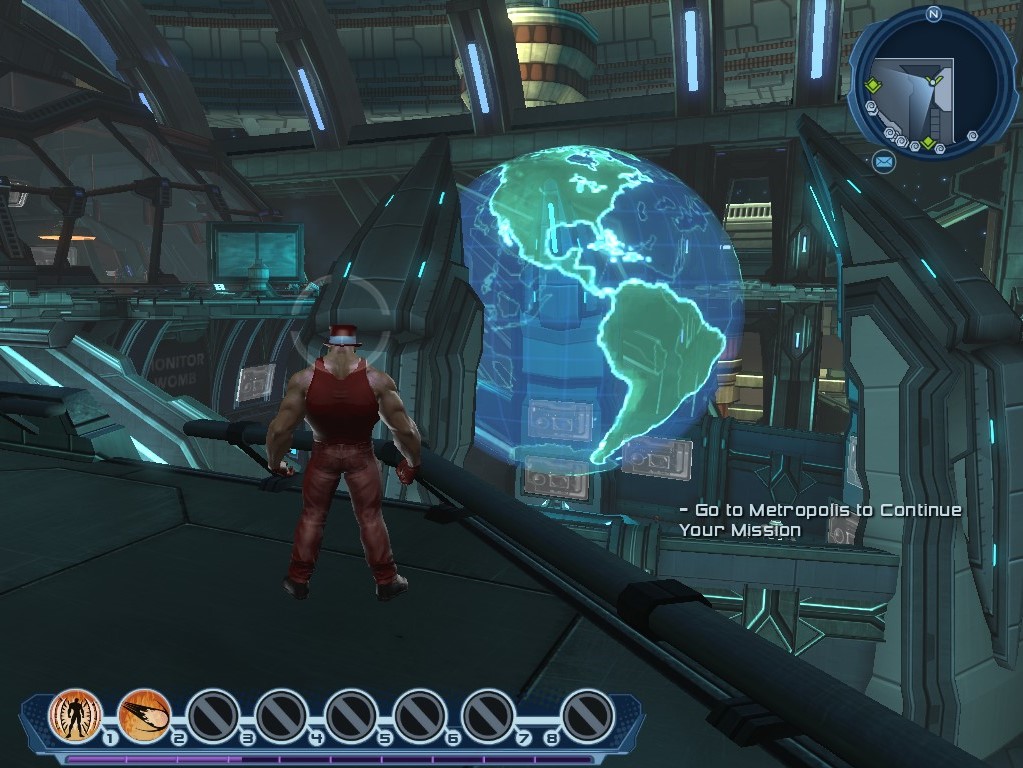 Heroic characters pass instead through the Watchtower, which was once a literal tower – headquarters to the Justice League of America. Its destruction saw that name pass instead to a satellite, which now serves the same function. As ‘Big-Cow’ points out, the heroes’ green and blue holo-globe is rendered fairly pointless by the view of the actual Earth just outside: 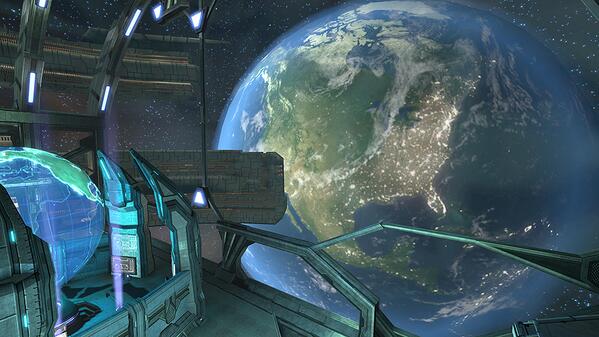 Thanks to regular contributor ‘Big-Cow’ for these! Each screenshot includes a targeting reticule; the Hall of Doom shot also appears to sport an interactive ‘hotspot’.