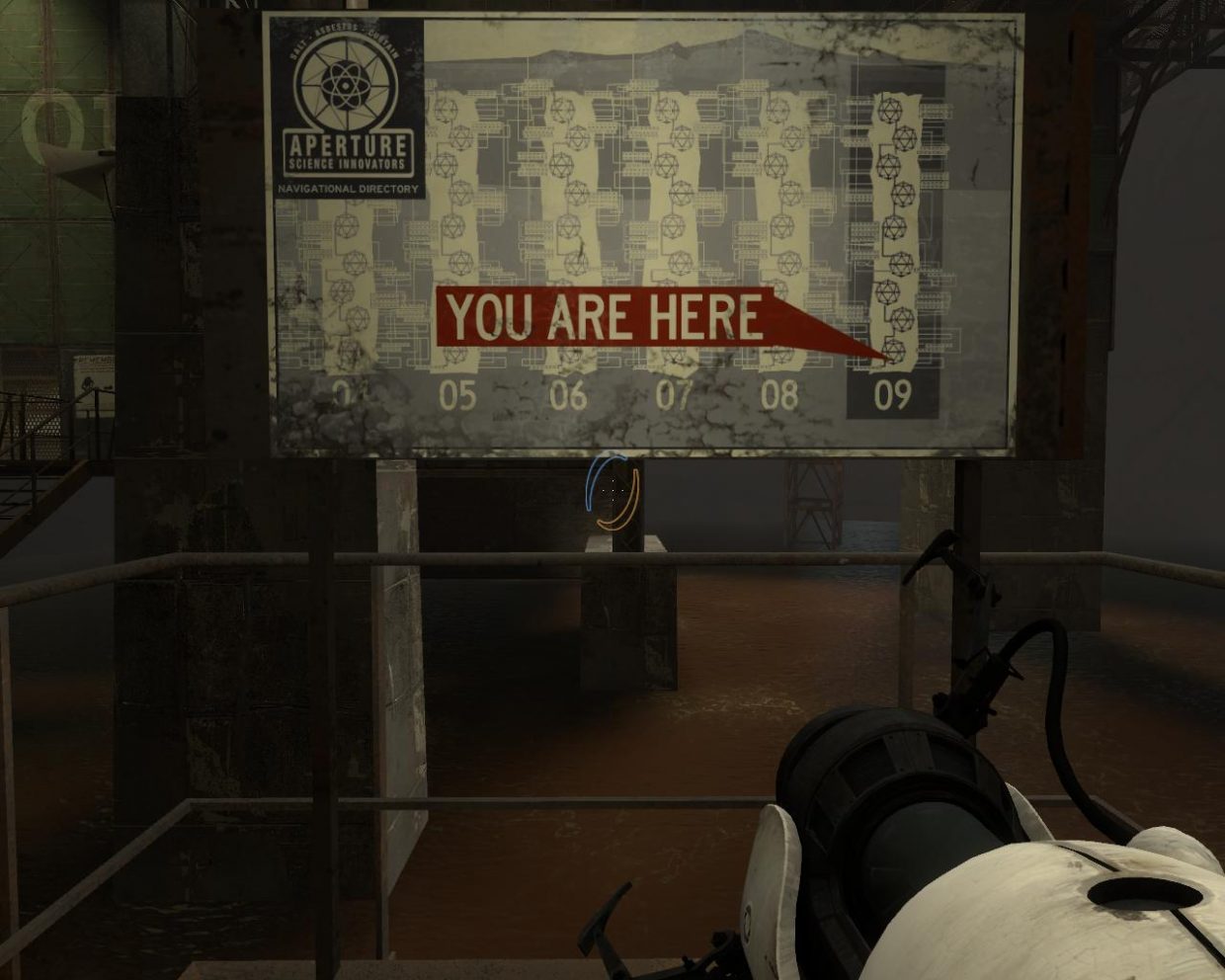 As she is flung unceremoniously into the pit of a salt mine – atop which the Aperture Science facility rests – Chell finds herself inside shaft 9 of the company’s laboratory, nicknamed “Tartaros” or “Zulu Bunsen”. It is the last stop before a plummet to the floor of the mines, which were developed by Aperture’s CEO following the company’s move from shower curtain manufacture. Chell faces an uphill journey from here if she is to put an end to Wheatley’s power-trip, but an old ‘friend’ is on hand to ‘support’ her.

The player – as Chell – re-runs the testing chambers for some of Aperture’s earlier projects – like the repulsion and propulsion gels – all the while experiencing a historical tour of the company. This information board provides a subtle but damning indicator of just how far down the player has gone, situating them underneath a hilly Michigan landscape. Such depth is reinforced on the mimic for the repulsion gel pressure control, which depicts an era-appropriate Oldsmobile and two stickman silhouettes above ground: 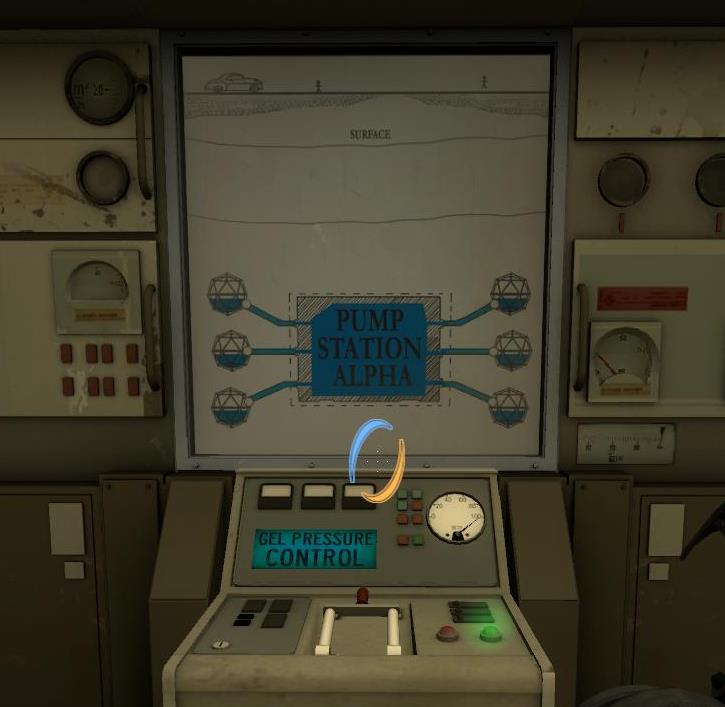 Taken whilst playing through the chapter on developer commentary mode, with a crosshair typical of the Aperture Science Handheld Portal Device.