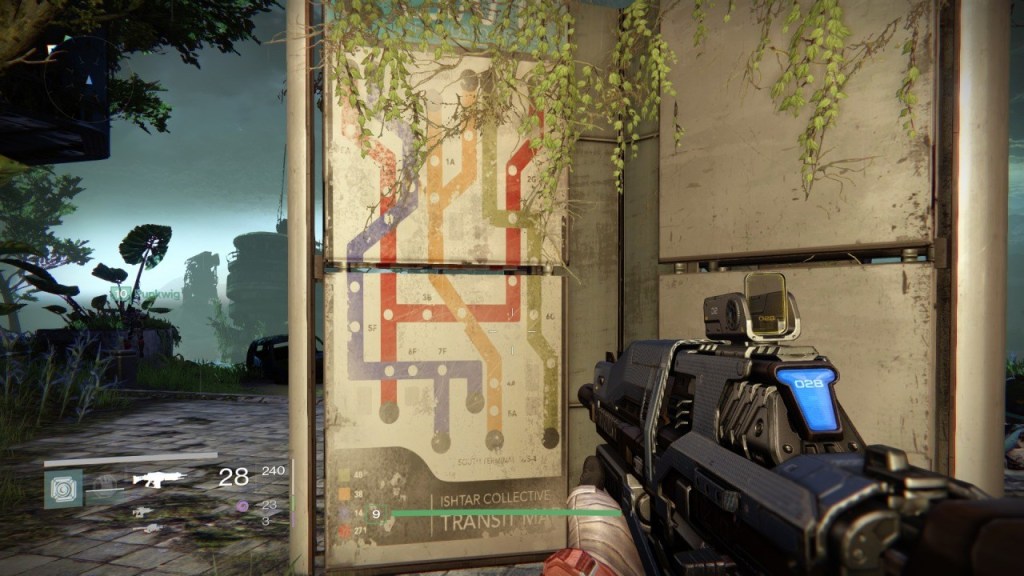 This map comes from an outside source (even as of 2019, I have not played Destiny) and so I cannot speak authoritatively about the in-game setting. However, as this screenshot — which was picked up by Cameron Booth on Transit Maps — is legible and interesting. We can discern that the transit lines in Ishtar Sink (or Venus as a whole?) are designated by a letter:

Each of these lines is included in a legend at the lower-left of the poster, but I cannot see what the numbers actually relate to. Perhaps service numbers, in the style of Stockholm’s metro?

The only stops which are labelled with anything more than a letter and number (based on a sequence which descends south) are the North and South Terminals, served by the yellow ‘A’ line. None of these locations may actually be visited in-game, so the map serves merely as (attractive) set-dressing.