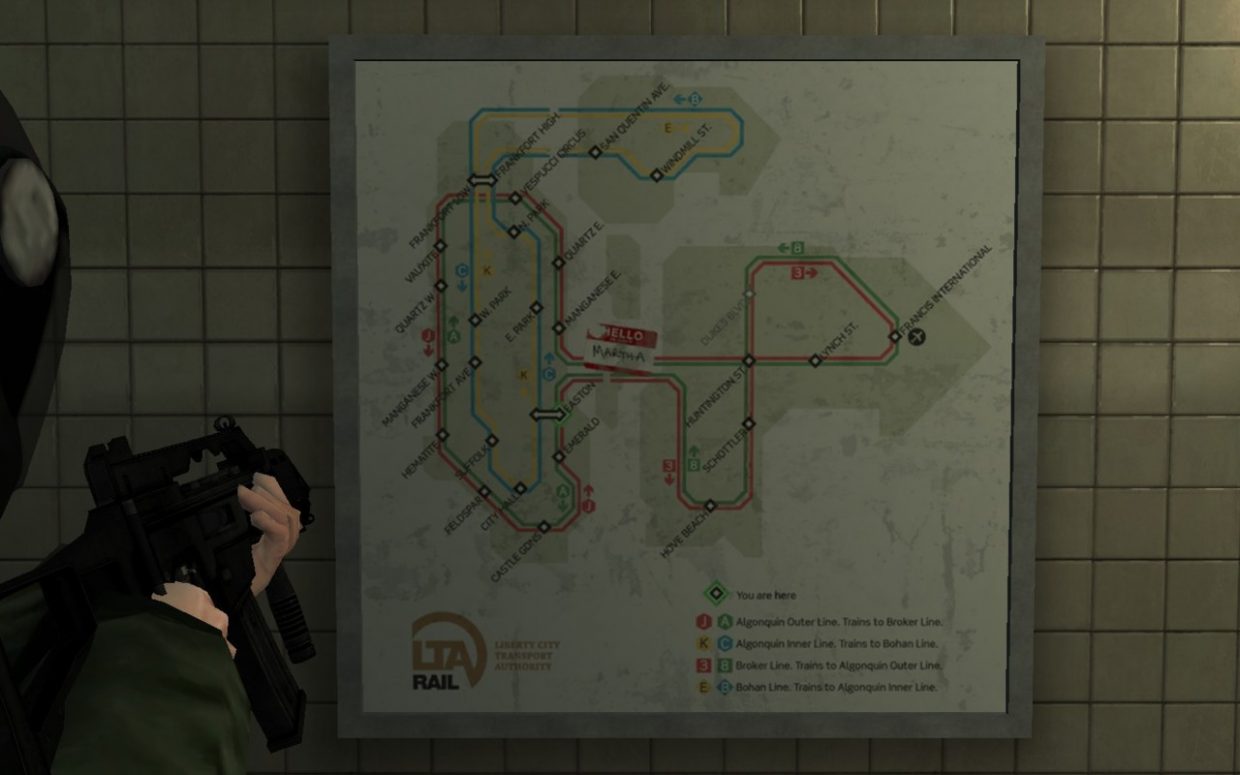 This view of a Liberty City transit map sheds light upon an unusually detailed and interactive network in GTA IV. Much of the LTA Rail subway has been vandalised and so can be hard to ‘read’, but here we get to see the railway map almost in its entirety. We can also see how clearly this city bears its resemblance to New York.

Easton serves both the Inner and Outer Algonquin lines; an interchange for what also becomes the Broker line, to the east. Its status as a node is reflected throughout the station’s design, as seen in its entrance and station concourse:

Thanks to ‘Rainbowescapades’ for the submission. Supporting images were obtained from the GTA Wikia/Fandom project.