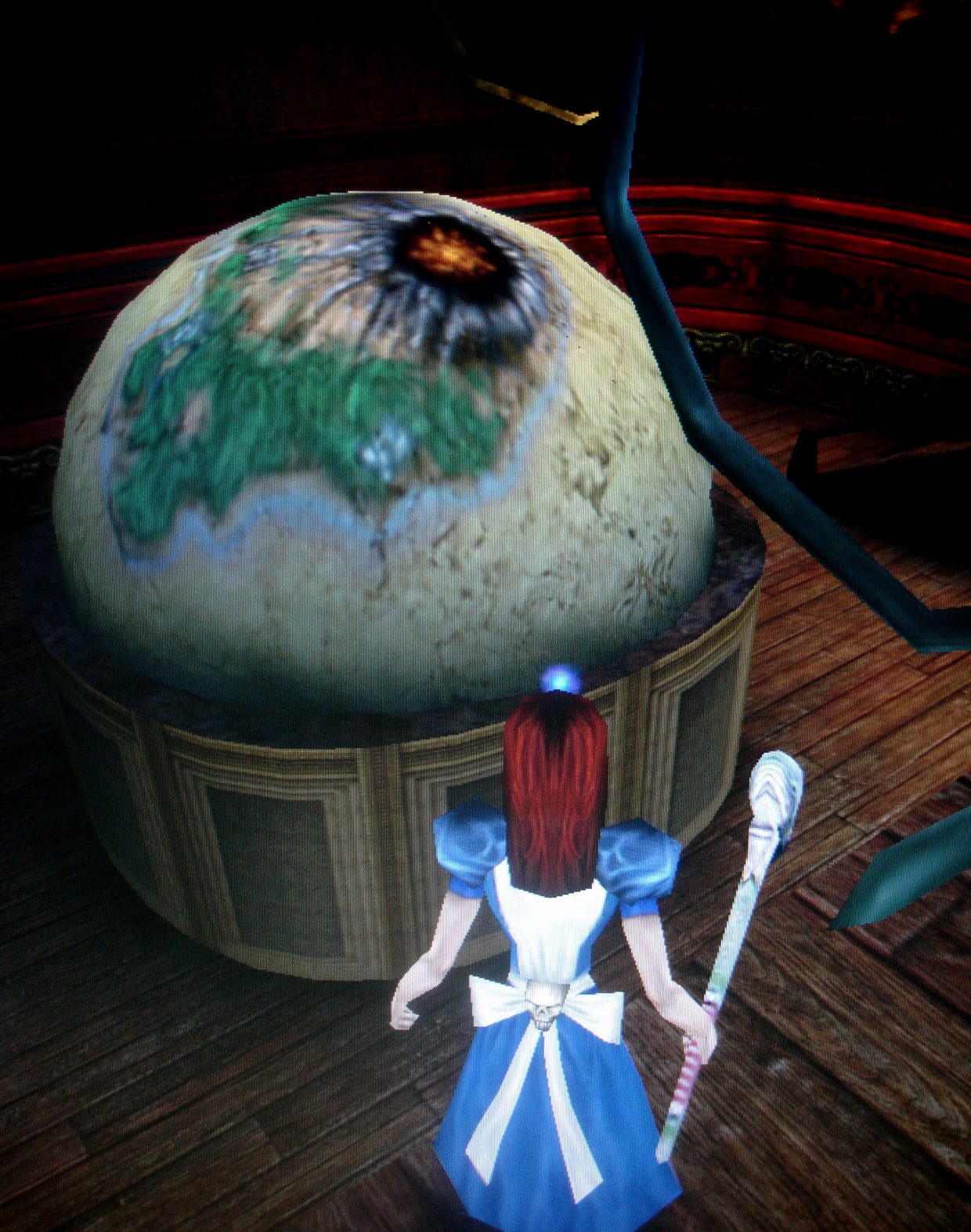 It seems only fitting that the school within Wonderland’s Fortress of Doors would host a few globes, but that the world they depict is a minute and twisted one. The globes appear all over the school of insane children, including these examples from the 3rd-grade laboratory and the observatory. Each depicts a single island, dominated by a large volcano.

At first glance, the landmass doesn’t appear to bear any resemblance to Wonderland — especially here, at a school which floats through a mind-bending vortex of stacked books and clockwork. The environment seems not even to be situated upon the crust of a planet. However, when one consults the in-game map we see a more familiar form: an island, dominated by a volcano.

This seems to be our first instance of a map within a game world actually lending it some geographical credibility. Wonderland as a region has been heavily encroached upon by Red Queen’s architecture. The volcano is also harder to spot on the in-game map, but the island has a definite form — one which is shared by these globes, and the game’s loading screen graphics.

Of course, the globes also bear an uncanny resemblance to eyeballs — no more so than as in our primary example, rendered in stone for the observatory. It’s fair to assume this is no coincidence given the game’s themes.

Taken using a digital camera facing a TFT monitor, playing on Xbox 360 for the first time.