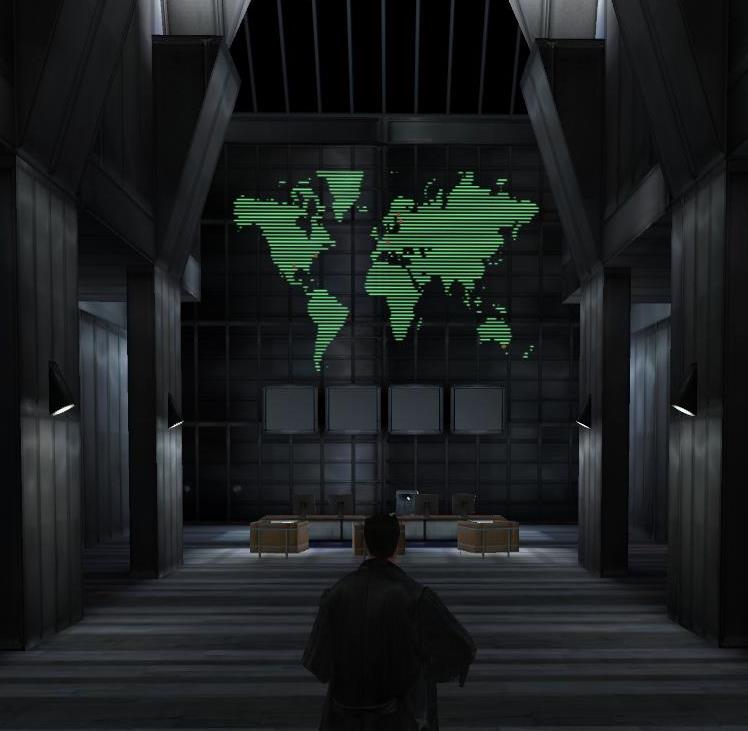 A Bit Closer to Heaven

Max has blasted his way through many bodies in an effort to unravel deep corruption within his city. Both the police and military are implicated, with Aesir at the hub of it all. This highly unethical company has attempted to create an army of drug-enhanced super-soldiers, and now Max is bringing the fight to its CEO. His entry to the building set off its metal detectors – no surprises there – and so the whole building is now on alert. A period of relative calm awaits at the board rooms, but not for long.

The map which looms over the building’s headquarters is heavily simplified, and serves more as decoration than as reference. This Mercator projection of the Earth is rendered in 1980s-style halftone lines, but includes red markers which seem to describe Aesir facilities. They align with the following cities:

This map tells us that Aesir’s reach may be far greater than the player might otherwise expect, given the game’s New York focus – but it’s clearly Finland we should worry about most, here.

Taken while playing through the game for the first time. For once I’ve been able to keep the targeting reticule out of sight, away from the map.