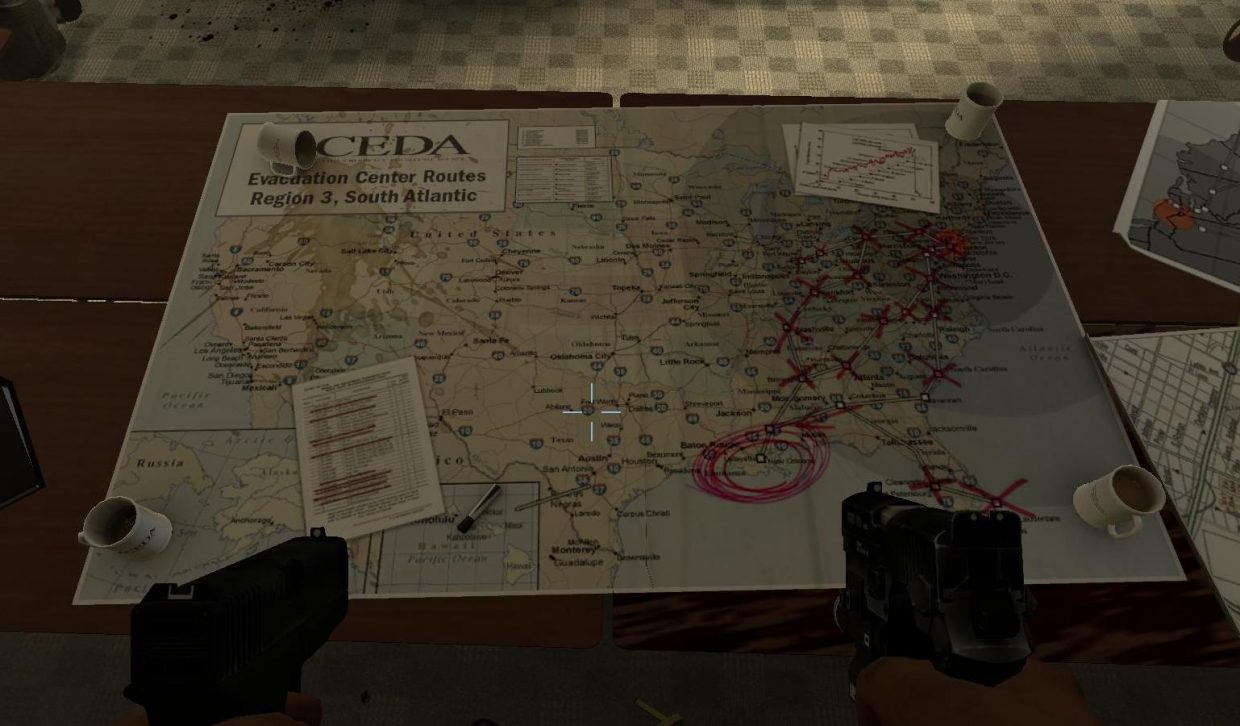 Four more survivors have been stranded during zombie outbreak, beginning at this former CEDA evacuation base in the southern U.S. The once-lush Vannah Hotel has been set aflame, leaving Rochelle, Coach, Ellis and Nick to make their way out through media centres and blazing kitchens.

These maps are spread about an area reserved for press briefings. They demonstrate evacuation routes and centres across the south Atlantic region. Elements of these were also seen on a map posted in Fairfield, Pennsylvania. Just like that previous map, someone has furiously scribbled annotations for whichever centres have been overrun. Only a week after the events of the first Left 4 Dead, it appears that Pennsylvania and Jacksonville were truly lost.

The spread here is, I believe, one of the best yet found in a game. We see multiple versions of the same map, accompanied by printouts and the paraphernalia of a planning committee. The whiteboard map even shows a planned evacuation to sea, while the main map is a high-resolution (and therefore legible) rendering of the United States of America. Unfortunately I did not manage to capture the other map — a city-level street map of Savannah — in great detail. A horde of zombies spotted us and a fair deal of blood was spilled, adding an amusing but realistic sort of setback to the survivors’ plight. Pro survival tip: keep your maps clean of zombie-bits.

Taken while playing through with friends for the first time. A light blue targeting reticule features throughout.