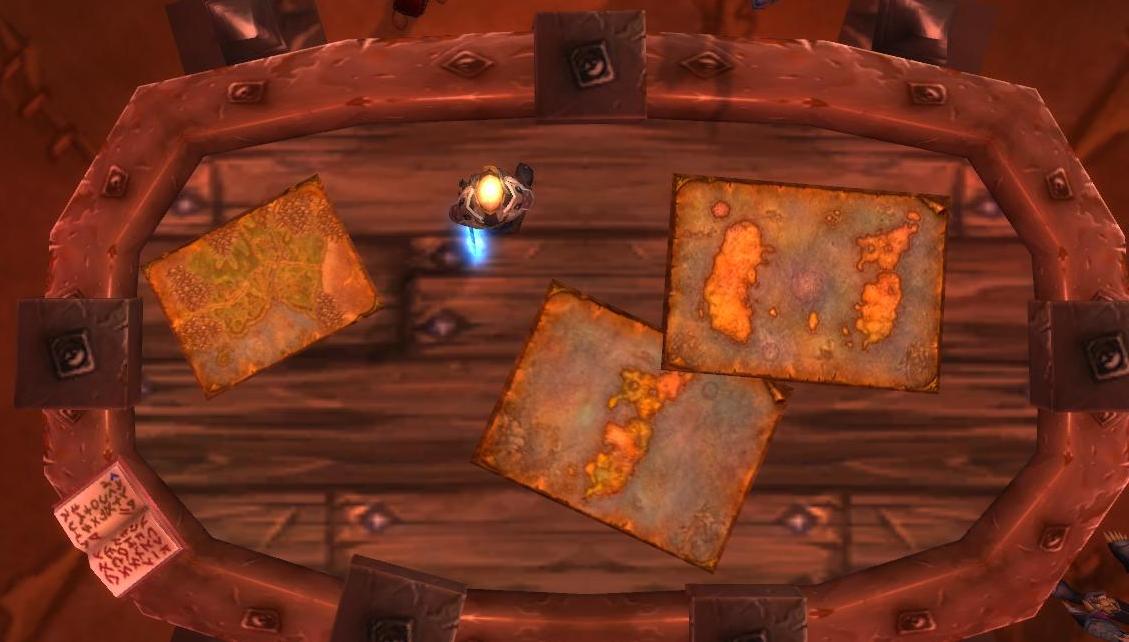 To my knowledge, this is the only Horde-friendly example of the maps from World of Warcraft‘s UI also turning up as in-game objects. They adorn the planning table in Orgrimmar’s barracks, the Hall of Legends. This is where players come to purchase PvP armour, or would once have been summoned by battle-mages to world PvP events, such as Wintergrasp.

The table displays topographical maps of: Azeroth as a whole; the Eastern Kingdoms (with labelled sub-zones); and the Hillsbrad Foothills, which became a Forsaken territory in the aftermath of the Cataclysm. Players running quests there do so in aid of Sylvanas’ forces, seeking to quash Alliance retaliation for Southshore. The campaign also continues to be fought in a nearby PvP battleground, Alterac Valley.