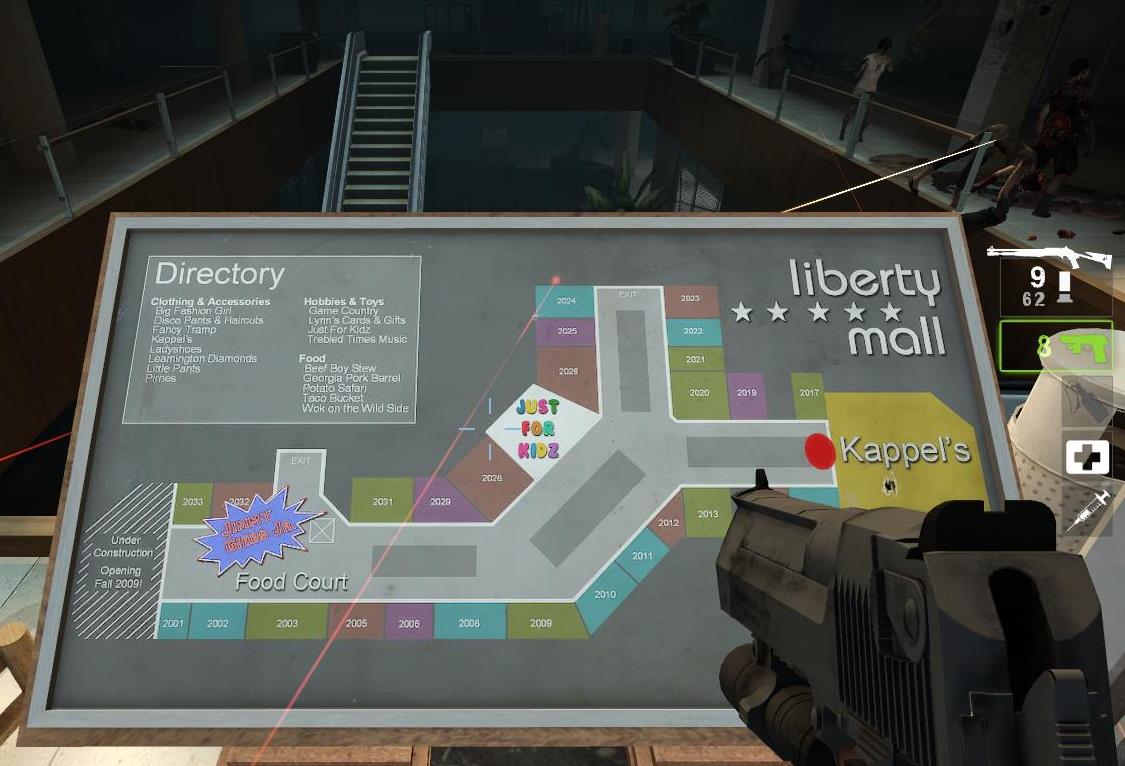 Prices Aren’t the Only Things Getting Slashed

As the Survivors make their way off the streets of Savannah, they come – by way of the service entrance to Kappel’s department store – to Savannah’s Liberty Mall. Its three floors offer a wide variety of shops, an expansive atrium, and of course: hordes of shambling Infected.

This floor plan greets players as they exit the department store, placing them in the shopping mall proper. It certainly looks the part, with numbered and colour-coded blocks indicating the unit number and what it sells. The legend doesn’t actually follow this scheme, but a number of shops are listed without any other reference – from Ladyshoes and Little Pants to Trebled Times Music, and the intriguing Potato Safari.

There are three major locales in this part of the mall, all of which are featured on this floor plan. These include Kappel’s, where the players arrive; Just for Kidz; and the showcase plinth for race driver Jimmy Gibbs Jr., the mall’s star guest. Players don’t visit the latter site during this mission, as the level design will instead steer them back into service corridors during their many runs through the horde.

I hope you can excuse the on-screen clutter! This is my first posting of a couple of dozen shots, taken as best I could from within the game as it ran. I don’t have the resources to hack away at high-resolution renders and asset files to present such maps and diagrams in their best light, but they can at least be presented here in situ.

Taken mid-jump whilst armed with the least obtrusive weapon I could find. There’s a red laser sight visible on the map, being put out by one of my character’s fellow Survivors.