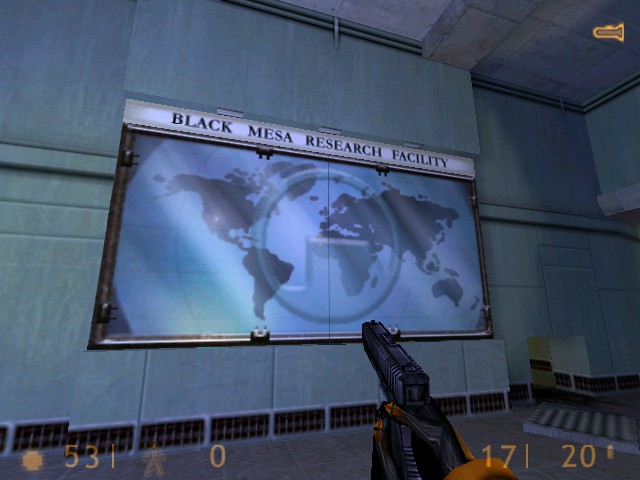 Thanks to ‘Big Cow’ for this submission!

Looking back a little further this time, these are screenshots from the first game in the Half-Life series. Its earliest stages are set in the research facility at Black Mesa, at Gordon Freeman’s workplace in the Anomalous Materials department. It is here that the unassuming scientist finds his work undone, when a portal to Xen is opened quite unexpectedly, letting loose a variety of hostile aliens.

Fortunately for the Black Mesa scientists, this rather infamous facility is well-signposted. As Freeman reports to his station, he passes by a map (detailed right) which hints at a number of other, as-yet unexplored departments. This is common amongst Valve games in particular, as the map serving as a world-building narrative device to suggest a sprawling, larger research entity. Knowing that this is Sector C allows us to speculate upon Sectors A and B, as well as the possibility of sectors D and onwards. What might they be working on? 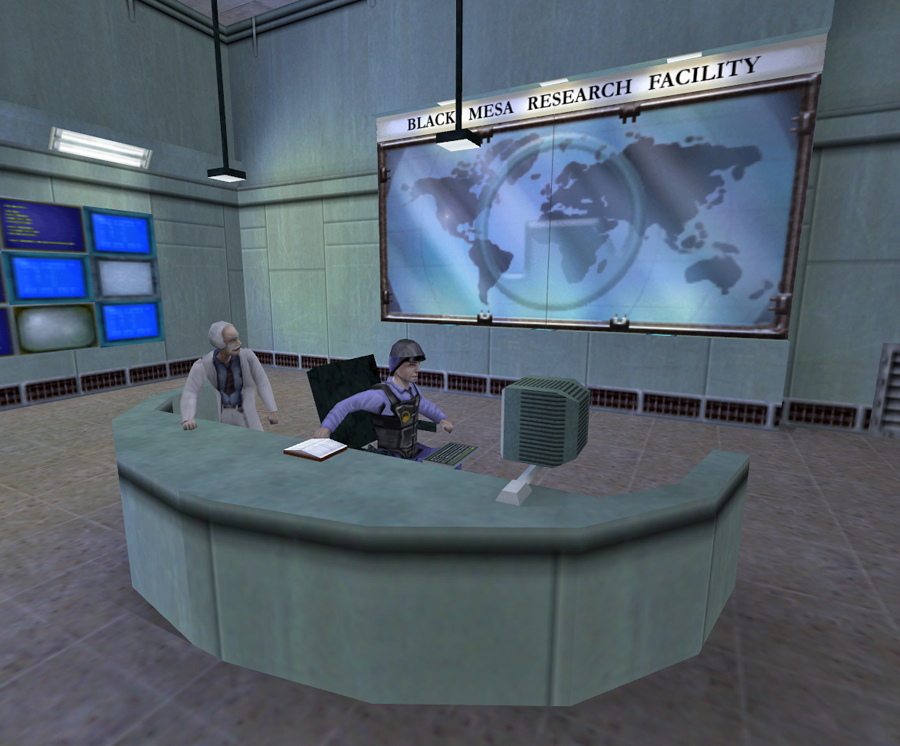 Black Mesa also shows a familiar sort of pride, as – like the Aesir Corporation from Max Payne – its facility is also sporadically decorated with a world map. This one is seen at the facility’s front desk in the Blue Shift DLC, and places Black Mesa somewhere to the west of Albuquerque, New Mexico – perhaps a hint at Area 51?

Further screenshots obtained from the Half-Life wikia project. The submitted world map includes a crosshair over an embossed Black Mesa logo; only one point is intentionally labelled on the map.