Three years after the murder of his wife and child, undercover police officer Max Payne has arranged to meet one of his contacts from the Drug Enforcement Administration. They are to meet in a subway station in New York. He arrives to find the station closed, with the body of a murdered transit policeman found just off the platform. As he explores further, Max will find this station riddled with mafia hit-men, and perhaps more besides…

These maps of public transport services in Manhattan add to the realism of the game, placing its protagonist firmly inside a functional city. Whether by intent or by technical restraints, we cannot actually make out the detail on these transit maps, but fortunately we’re not actually here to catch a train. Subway/metro stations are, however, the one place in which the absence of such a map would be especially jarring, and so they are deployed throughout the station, also breaking up the visual monotony of otherwise walls and corridors.

This in-game map board features:

A duplicate may also be seen in one of this level’s cutscenes, directly after the first image: 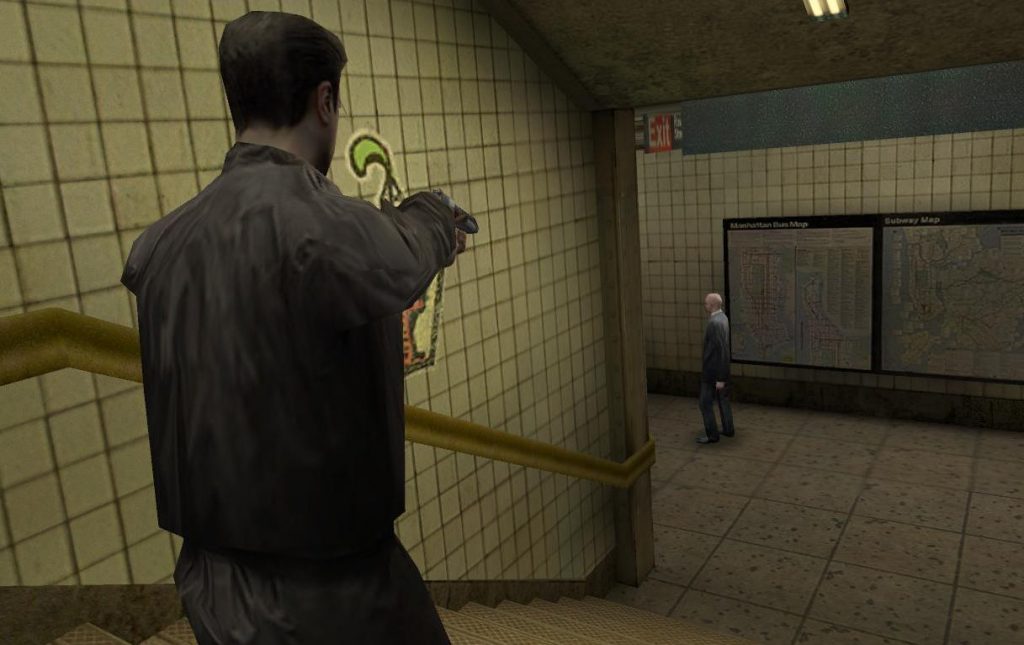 Taken whilst playing the game through for the first time. There’s a single targeting reticule (a small white dot) on the former screenshot; the latter is part of a cutscene.