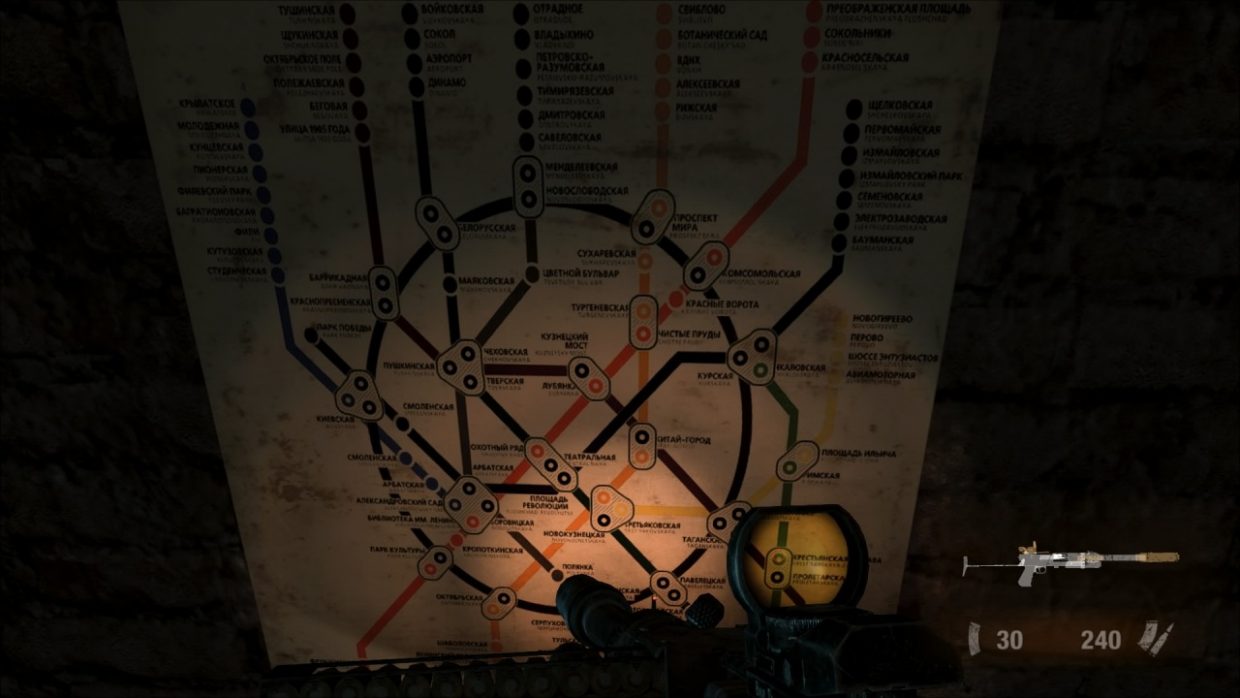 
Map of the Moscow Metro, in Russian. Many of these maps are dotted around the game but most are not in quite as good shape anymore.

As far as I can tell, this graphic differs slightly from the full map usually associated with either the Metro 2033 game or its original novel. It is brightly-coloured and shares many of that map’s conventions — primarily, the use of symbols and inset collections of station interchanges. It is, however, also quite a departure from the real-world map for the Moscow Metro. That map doesn’t need to show symbols for what lies at each station, and nor is it cropped so. Though I cannot speak for other maps throughout the game, it would seem that most show only the city centre, as contained within the circular brown line, M5.