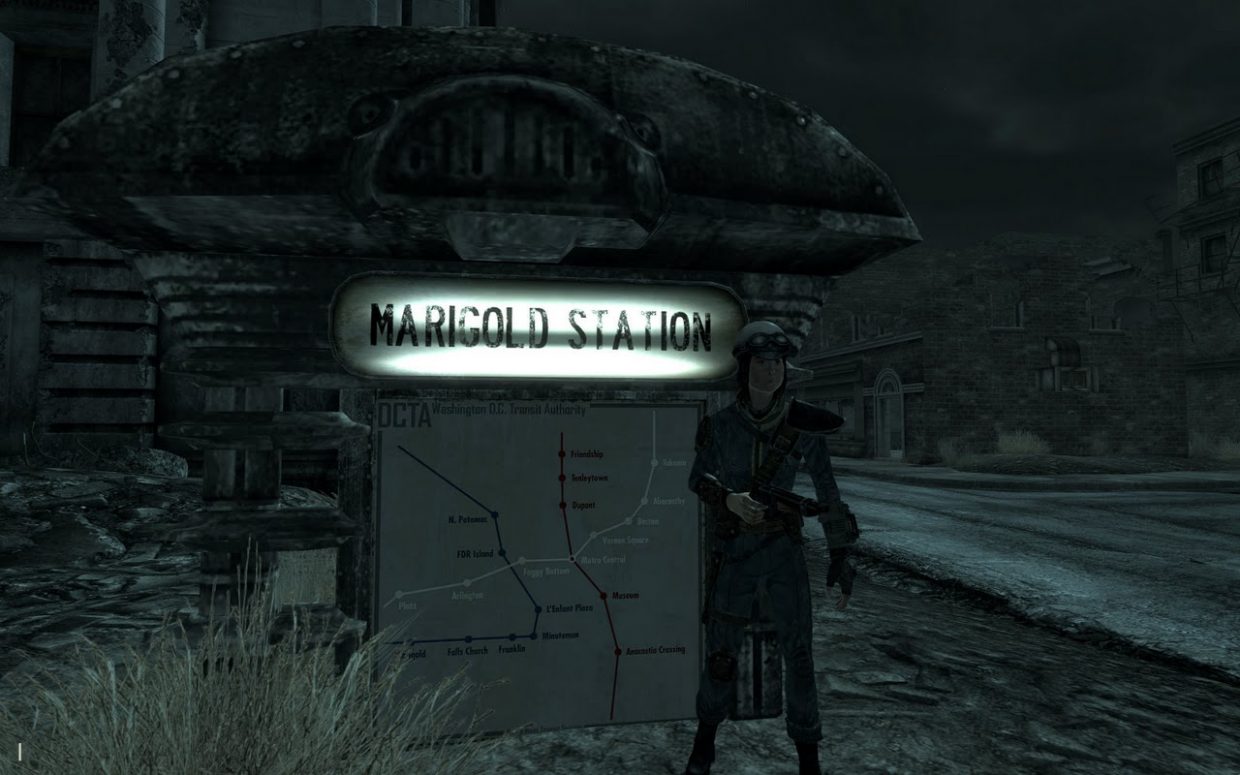 This one comes from reader Gemmy – thanks very much for the submission, and to Mapstalgia too for the recent feature!

Our first submission comes from a game I’ve not actually played, so I hope you’ll forgive my lack of a narrative context. What I can say is that this is Gemmy’s character, Kia, in front of the ruined entrance to Marigold Station on the Blue Line. In-game, this line serves the wider Washington, D.C. area, however in reality the Blue Line serves stations between Franconia-Springfield and Largo Town Center. 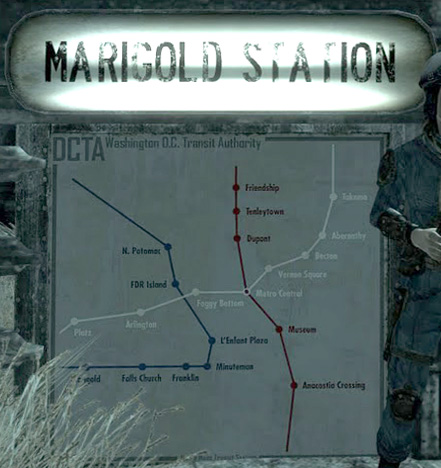 2018 edit, with levels altered so we can see the map more clearly

This in-game map is a real curiosity – possibly our first instance of a real-world fantasy map – given that is a work of fiction based upon an existing layout, with real locations. Thus far on Maps in Games, we’ve only seen maps which are either made up from scratch or are copies of existing maps, such as the one depicting New York’s subway system. Here instead there have been major changes, such as the inclusion of a white route where the existing system uses green, yellow and orange lines. Such changes lend this world a welcome feeling of alternative futures, but they may also have been instituted simply to avoid infringing copyright.

These lines seem to work to the city’s geography, but they strike out in bold new directions, such as in the white line linking Takoma to Arlington. In reality, Takoma is served by D.C.’s red line, and a journey to Arlington Cemetery would involve a change at the Metro Center for the Blue Line. Most of the station stops are featured on both maps, but Marigold stands out as something new. Given where the line leads, I think it’s fair to say the map and location allude to real-world Merrifield, which lays west of Falls Church.

On a different note, I’m surprised to see that the D.C. Red Line’s stop at Bethesda has been omitted, given that’s the name of the game studio. Were it included, Bethesda would follow Friendship (marked on real-world maps as Friendship Heights) on the red line.

Finally, here’s another view of the map, dug up from Fallout’s Wikia. This shows the same location, but in daylight: 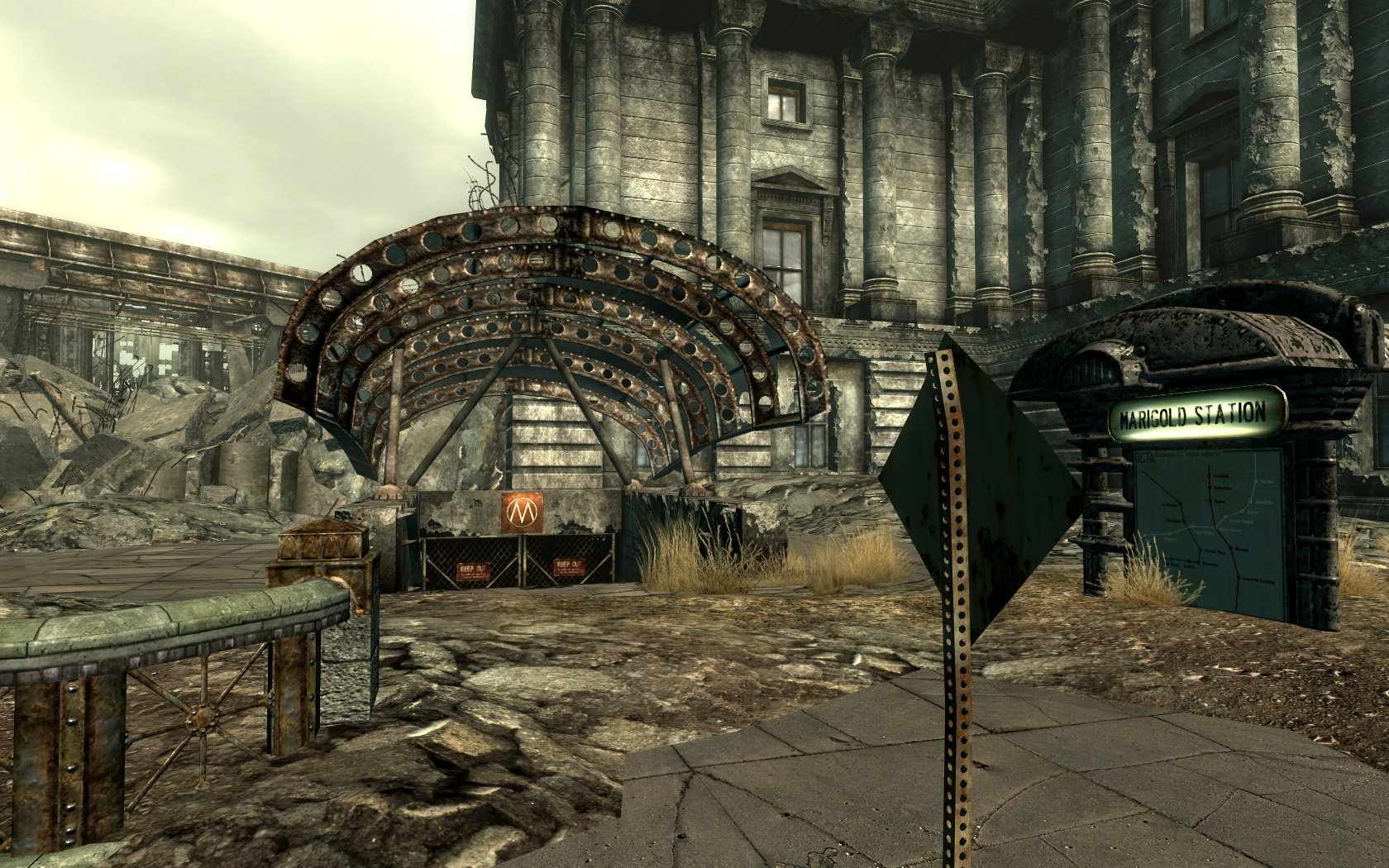