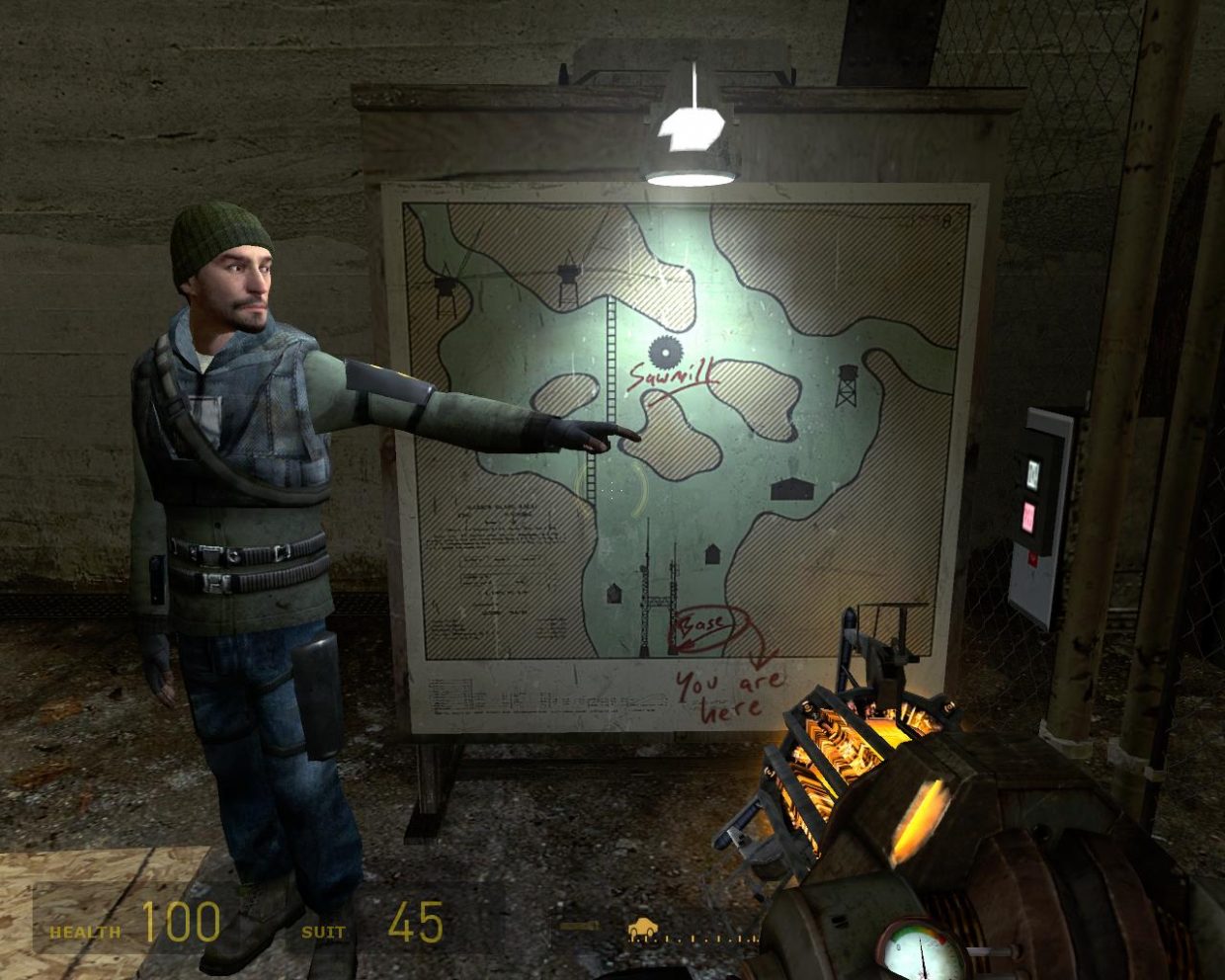 If You Pull This Off, I Might Just Forgive You for That Debacle at Black Mesa

When the alien Combine make their move upon the human resistance’s base at White Forest, it falls to Gordon Freeman to help defend the base and its ICBM rockets against a series of looming striders. Their weapon against these is to be a large grenade, delivered to a series of flashpoints by car and then launched from Freeman’s gravity gun. Luckily, this plan is also illustrated to Freeman in the form of a whiteboard diagram.

The featured map is part of Freeman’s mission briefing from one of the resistance’s soldiers, and it offers us a rare opportunity to familiarise ourselves with the arena. Unusually amongst sci-fi FPS games, Half-Life 2 never offers up a HUD map; instead, these marked locations are delivered to the car dashboard as a radar readout. To a certain extent it is assumed that the player will be able to remember the level’s layout from this map, which is also rather singular amongst games.

Taken while playing through for the first (and so far only) time. As is common in these shots, there’s a targeting reticule from the gravity gun visible on the map. Also included is a clean version of the asset, which was submitted to the Combine Overwiki.

They Will Perish in the End Times. But YOU Will Become Immortal.

Sometimes Testing Has to Occur Outside the Confines of the Lab