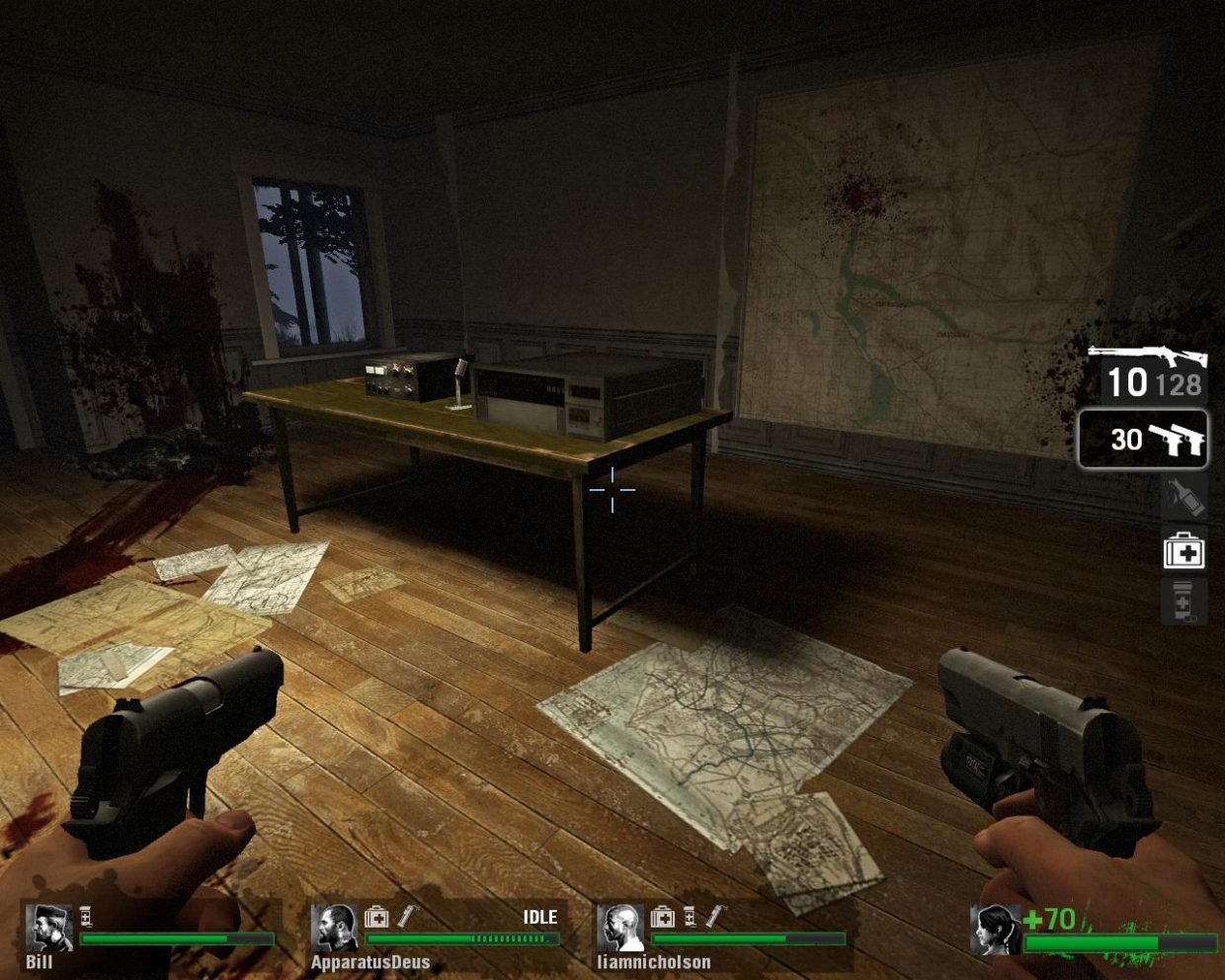 Back to Left 4 Dead, and a terrifying farmhouse finale in which the Survivors have finally made it to point Echo, only to have wave upon wave of Infected beat down upon the door. The military will try to come to their rescue, but in the meantime there’s no mounted minigun to hand, and no reliable cover to be had. There are, however, plenty of maps scattered about.

The farmhouse’s radio room is evidently a place where plenty of action has already occurred, as maps of the Echo area (and presumably other military relief centres) cover the walls and floor. Some of them are, in turn, splattered with the blood of either Infected, or former, live occupants. 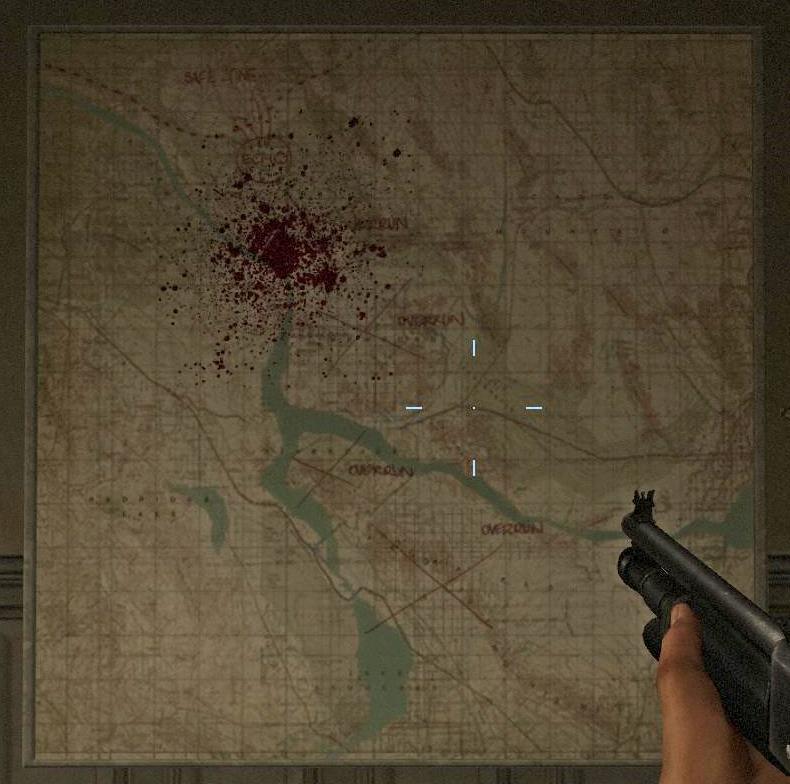 This large wall map depicts a number of areas now marked as ‘overrun’, as well as the players’ current location. Point Echo is highlighted with a red circle, and has movement arrows drawn around it to direct Survivors to the safe zone. All of this is obscured by a mysterious blood splatter.

The other maps are harder to make out, as they are of a lower resolution and are often folded up into piles. Some depict street layouts whilst another depicts a coastal city, and the largest map below appears to describe a town and surrounding countryside: 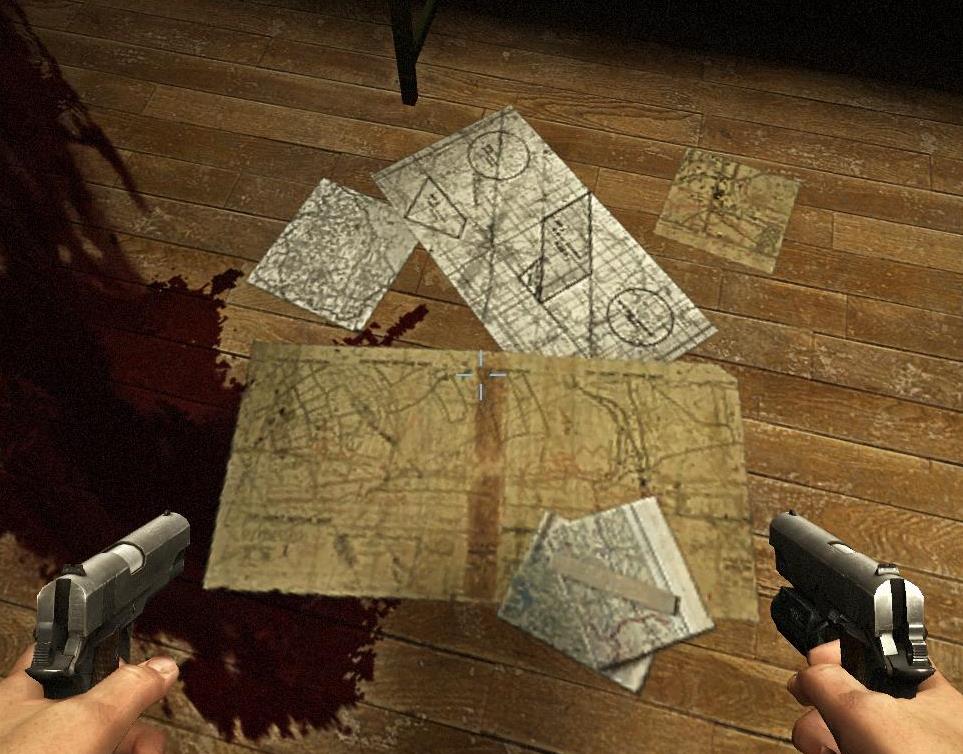 On later viewing (in 2018), I noticed one small detail – the large wall map includes a label for what I make out to be “Redridge Lake”. No such real-world location seems to exist, and as far as I can see this map doesn’t depict any of Pennsylvania’s lakes. This leads me to suspect this map is either modified, or perhaps an entirely fantastical creation. Either way, it displays an unusual and impressive amount of detail, and is an attractive map.

Our old friend the targeting reticule appears on these maps, but the blood splattering is already present when the player enters the room. The screenshot depicting the mounted wall map has been lightened for clarity.