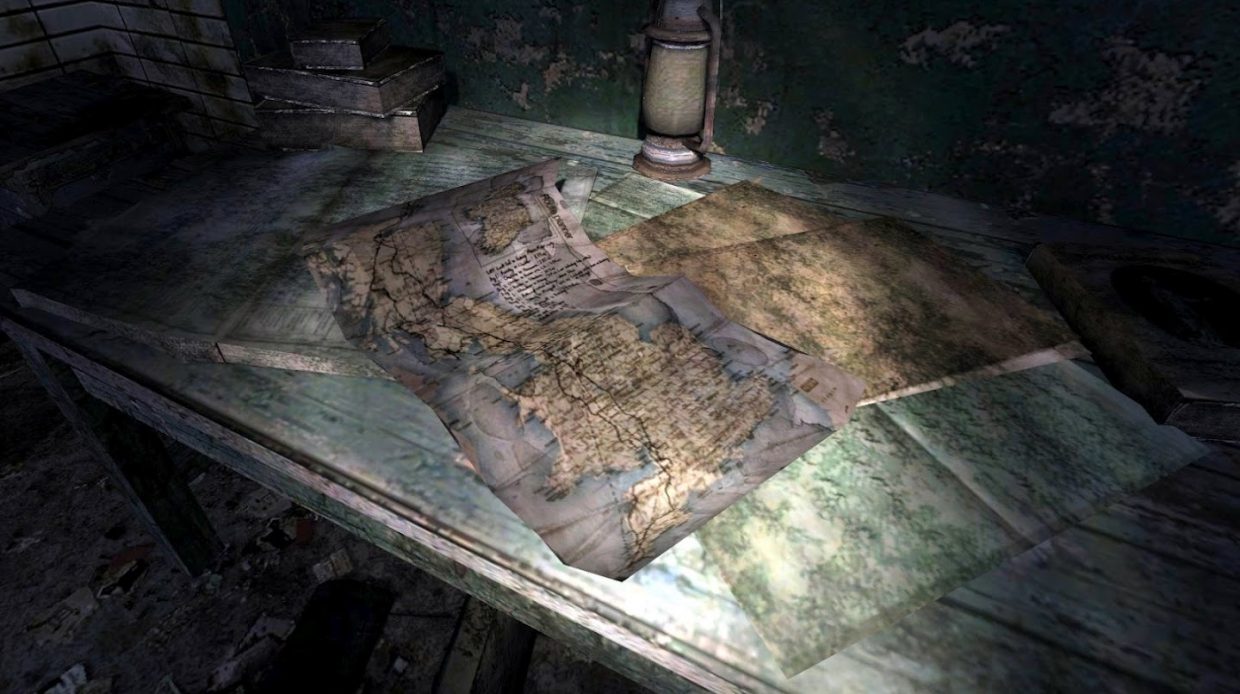 I Have as Yet Been Unable to Pull Ashore

Dear Esther is an experience rich in narrative allusions. Noticeable amongst these are its flashbacks to a fateful journey upon Britain’s motorway network. These maps, which were submitted by contributor Gemmy (originally, before I’d experienced the game for myself), highlight a rather curious selection of roads in Great Britain and Ireland.

Included amongst this pile of degraded papers (or wallpaper?) and a presumed map of Europe is a water-damaged map of Great Britain and Ireland. Two bold tracks mark a route between Land’s End and John O’Groats. These tracks follow the major arteries of Britain’s road network, including:

Given that we’re told of a car journey during letters read throughout Dear Esther, these maps contribute towards environmental storytelling to a rare degree.

People Need Weapons All Around the World. Why My Home?