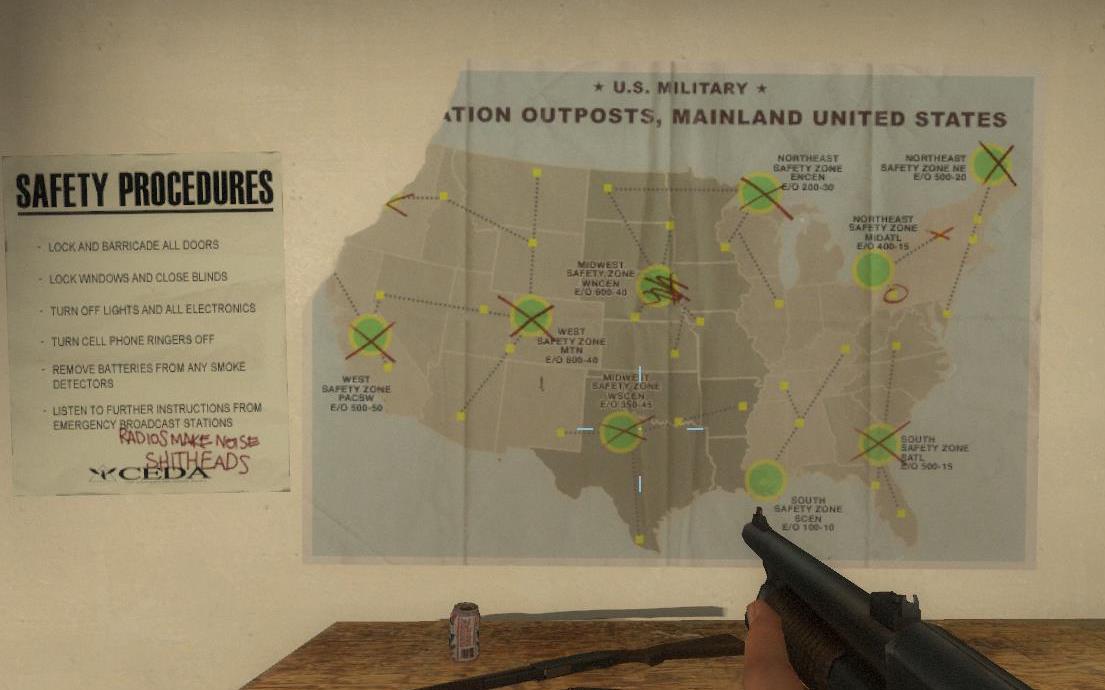 The Survivors’ perilous journey to Mercy Hospital in Fairfield turned up nothing but more Infested. However, news of safety soon came over the radio waves as a news helicopter pilot offered to whisk them away from the hospital rooftop, bound for the nearest safety zone. Sadly, this was but short respite for Zoey, Louis, Bill and Francis, as the pilot succumbed to the infection himself, and had to be killed. With their helicopter subsequently crashed, the Survivors must now make their way to a rally point at Riverside on foot, by way of the Fairfield industrial estate. 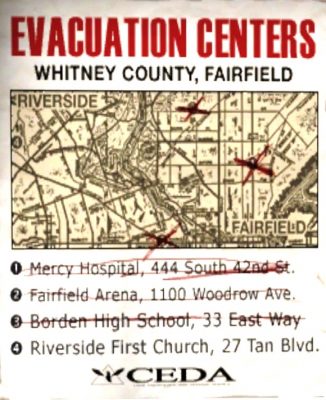 This map is posted to the wall of one the safehouses in Crash Course, detailing relief centres across the United States. Many of the centres have been crossed off by previous inhabitants of the saferoom – as indeed are some local centres listed on an accompanying CEDA poster (see right). Only the North-east/Midatlantic and South Central zones are assumed safe, in the regions of Cleveland and New Orleans respectively.

It’s safe to assume that on the main map, the circled area below the green area marker for the Midatlantic safety zone describes Whitney County itself, placing the Survivors somewhere between Pittsburgh and the Appalachians. Albany, it would seem, is a lost cause.

Taken while playing through with AI-controlled characters, with the unfortunate intrusion of a targeting reticule over Texas.