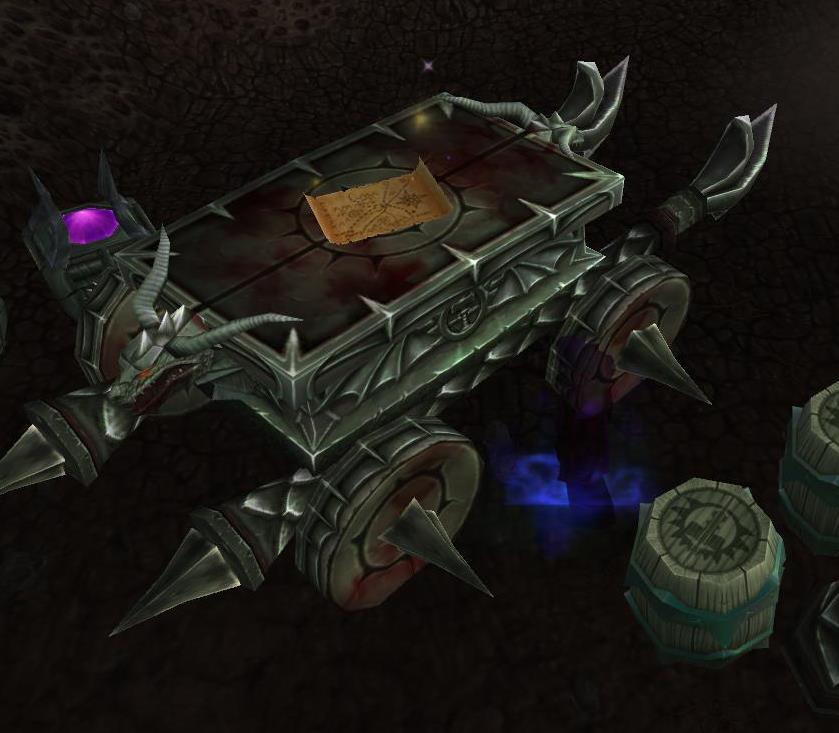 They Will Perish in the End Times. But YOU Will Become Immortal.

Back once more to the world of Warcraft: this happens to be one of the first maps I ever noticed in a game. Probably there since the game’s launch, I first noticed it on a disputed border between The Barrens and Ashenvale in Kalimdor.

I once assumed that this map might depict the Warsong Gulch battleground, or Kalimdor’s notoriously battle-torn Crossroads settlement. In truth it doesn’t seem to depict anywhere specific in the world, which makes it a fairly flexible asset for use all over Azeroth.

The map is hastily drawn, and seems to fit an orcish style of battle plan in particular. It also appears in a number of locations associated with the Twilight’s Hammer sect. The land it depicts is mountainous, and is crossed by tributaries which join at a settlement. Assuming that the compass rose depicts north (as it does in the game’s regional maps), this places a lake or pond to the west of this unnamed settlement. There are also two facilities to be seen at the south-west and south-east: either lumber mills or some other sort of production facility.

Taken at various points throughout my playing the game, with shots depicting my Forsaken rogue and Sin’dorei priestess.

Sometimes Testing Has to Occur Outside the Confines of the Lab

If You Pull This Off, I Might Just Forgive You for That Debacle at Black Mesa