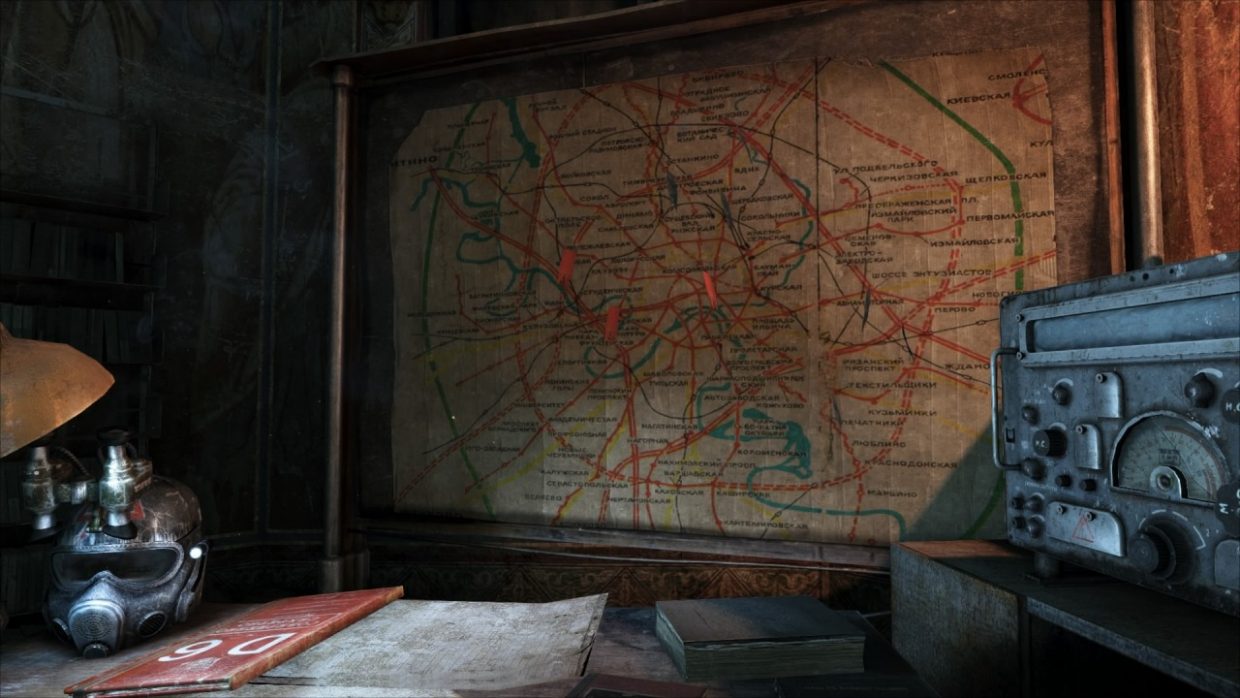 There’s Not Much Useful in Here — Just Hints at Most


A map of Moscow, presumably showing transit routes not limited just to the metro. Found behind a desk in a small church used as a sanctuary above ground in the wastelands. Not long before the final assault on the TV tower.

This map forms the backdrop for a conversation with the mysterious Khan, during a temporary respite before a last push to the missile at D-6 — itself a code-name for a purported secret underground tunnel network.

The map does indeed depict Moscow’s metro system (solid orange lines), along with its mainline railways (dashed orange lines) and the meandering Moskva and Yauza Rivers. There is also a handful of routes depicted in solid black line which don’t correspond to existing railways or major roads. One stretch does, however, line up with the short Metro 13 monorail, inaugurated in 2004 for the North-eastern Administrative Okrug. A fantasy map extension to this service? Or perhaps a direct allusion to D-6, alternatively known as Metro-2?

Seven or so flags are stuck into this map, in orange and dark green. Each appears to have been placed on a station: