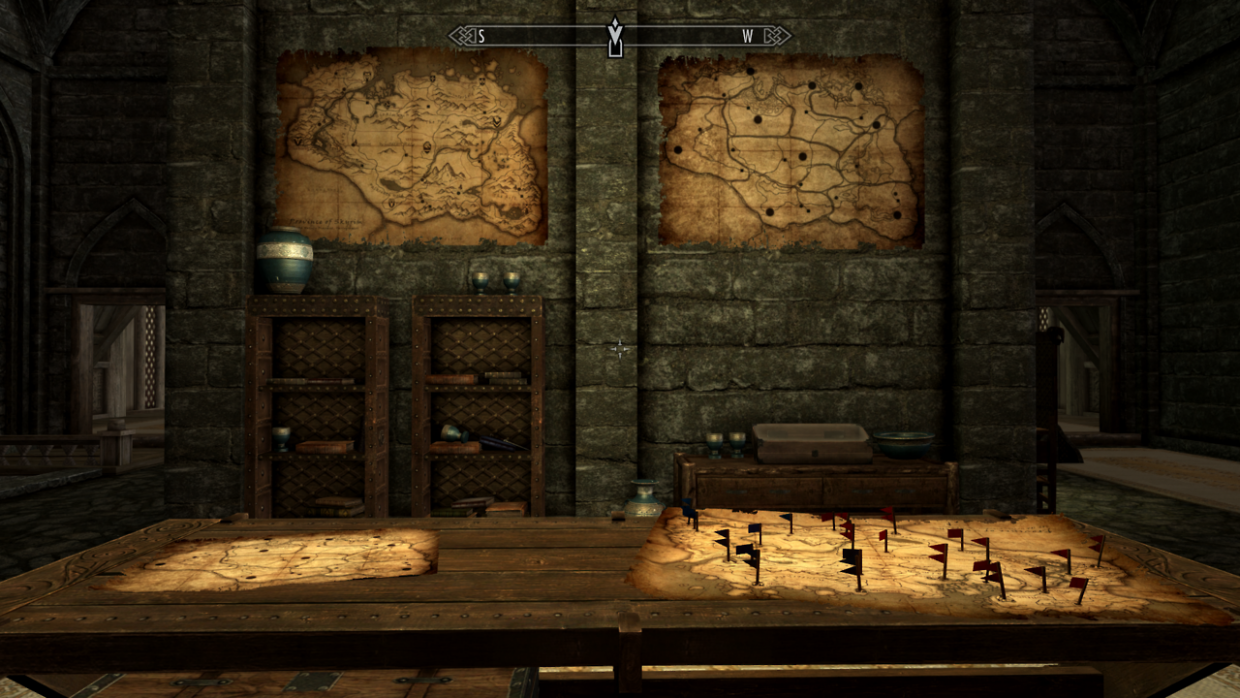 It doesn’t take long for our dragonborn hero to find themselves amidst a plethora of military intelligence and strategic planning. Everything is being put in place for the conflict between Empire and Stormcloak forces in Skyrim. Jarl Balgruuf the Greater watches over this conflict from the comparatively neutral ground of Whiterun, and has decked an entire room of his halls at Dragonsreach with maps of the region. Flags placed on one of these maps (featured earlier) reveal an incomplete dossiér of military positions and city alignments, for both Imperial (red) and Stormcloak (black) armies.

Subtly different versions of these maps appear at various points in this collection, whilst a large version of “Province of Skyrim” can be seen in the adjoining office of the dragon researcher and wizard, Farengar. The maps do not appear in many other locations across Skyrim, speaking to Jarl Balgruuf’s singular awareness of- and importance to this conflict.

The “Province of Skyrim” map (above) is attributed to the cartographer Nataly Dravarol, in the year 4E 182. Theories abound as to whether or not this is the same fictional cartographer from The Elder Scrolls IV: Oblivion – Nathalie Dravarol — or indeed a reference to the game’s accredited interface artist, Natalia Smirnova.

Captured during my first playthrough of “Skyrim Special Edition”, on PC.