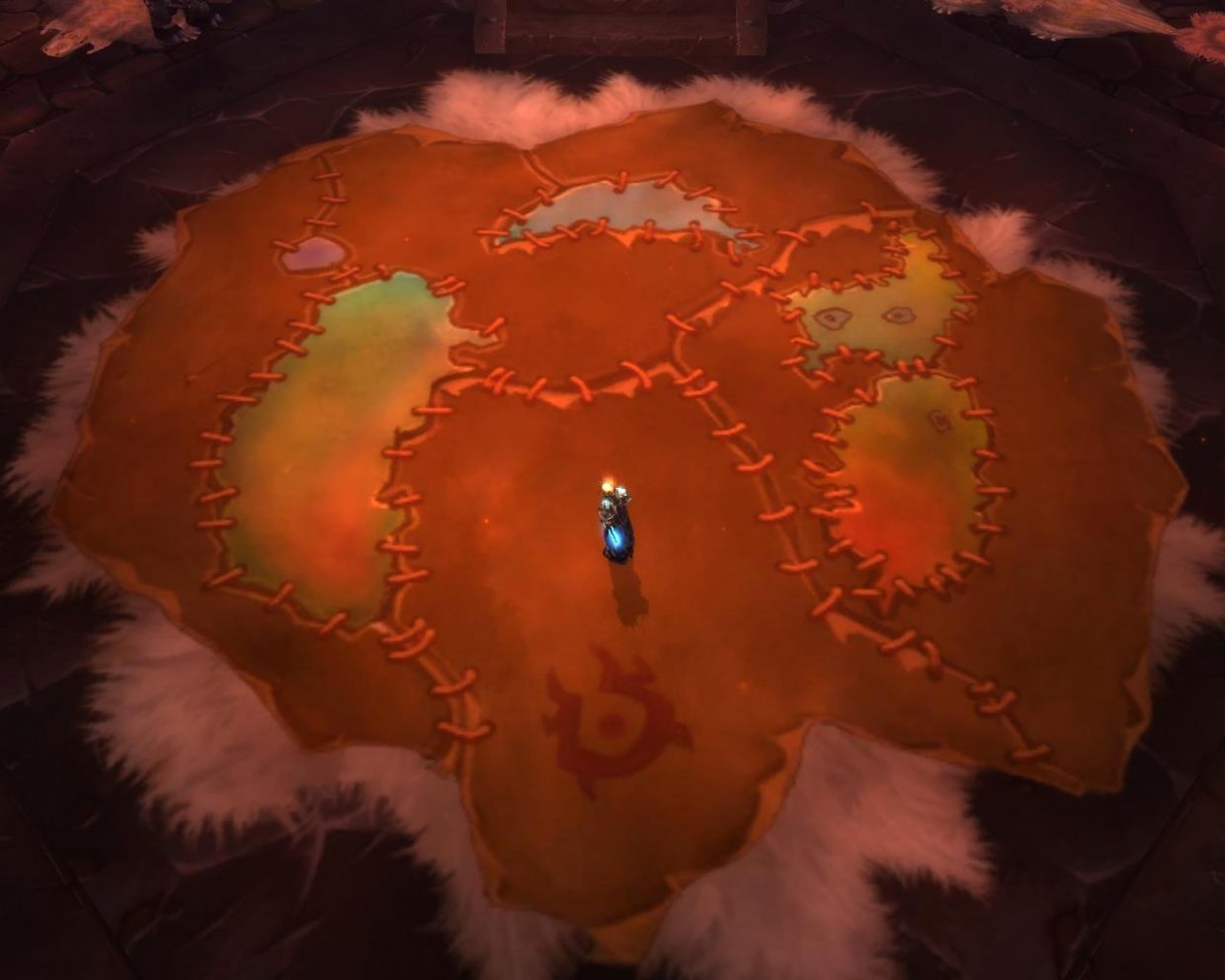 You Will Serve the Horde, Or be Crushed Beneath It

Heavily-stitched maps made from leather are something of a staple for the Horde Warchief, Garrosh. Here we see the maps of Azeroth spread on the floor of his throne room in Orgrimmar — just as he had Northrend spread out across the floor of Warsong Hold during the Lich King campaign.

The three Azerothian continents are depicted in surprisingly bright colours, with desert regions and the tundra of Northrend depicted in tones which differ from the basic green. What’s not featured are the goblin islands surrounding the Maelstrom, and the Maelstrom itself — which is unusual for maps of the World of Warcraft.