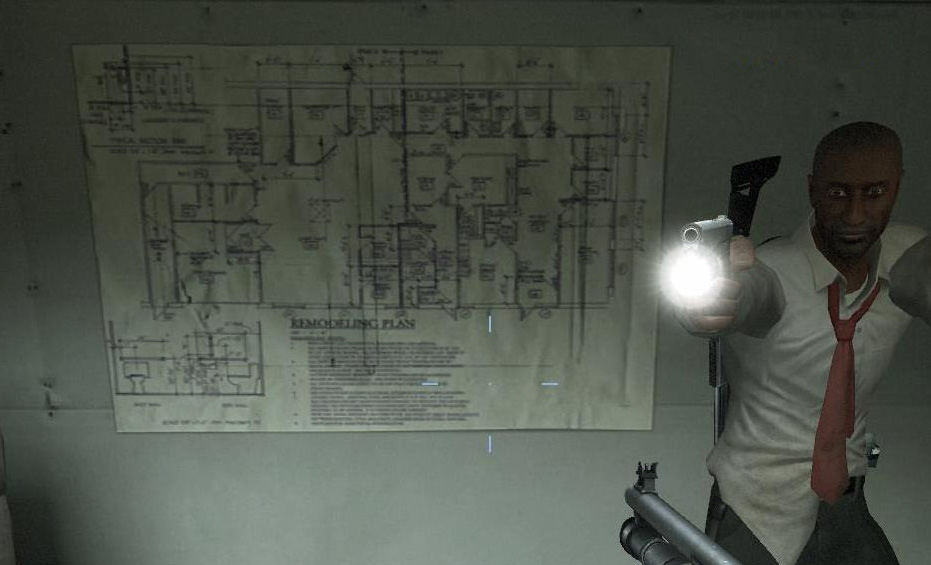 You’d Look Good in One of Those Hospital Gowns

The Survivors made it to Mercy Hospital, but from one bloodied ward to the next, they’re really beginning to realise that the graffiti was correct: it’s long since been overrun.

This is an architectural drawing – stretching the definition of ‘maps in games’ somewhat – but nevertheless it helps to illustrate the world of Left 4 Dead, in the form of a diagram. The presence of these charts also goes some way to explaining the shambolic state of the hospital’s uppermost floors. While the lower floors may be littered with corpses, they are at least functional, whereas the area following on from the hospital lift is exposed to the elements; exposed walls and piping abound there for its renovation.

Taken while playing through after some experience of the level, with friends. There’s a targeting reticule obscuring part of the already-blurred text, and a lens flare from Louis’ torch, but I did tell friend and contributor Liam that I’d get him onto the blog someday!