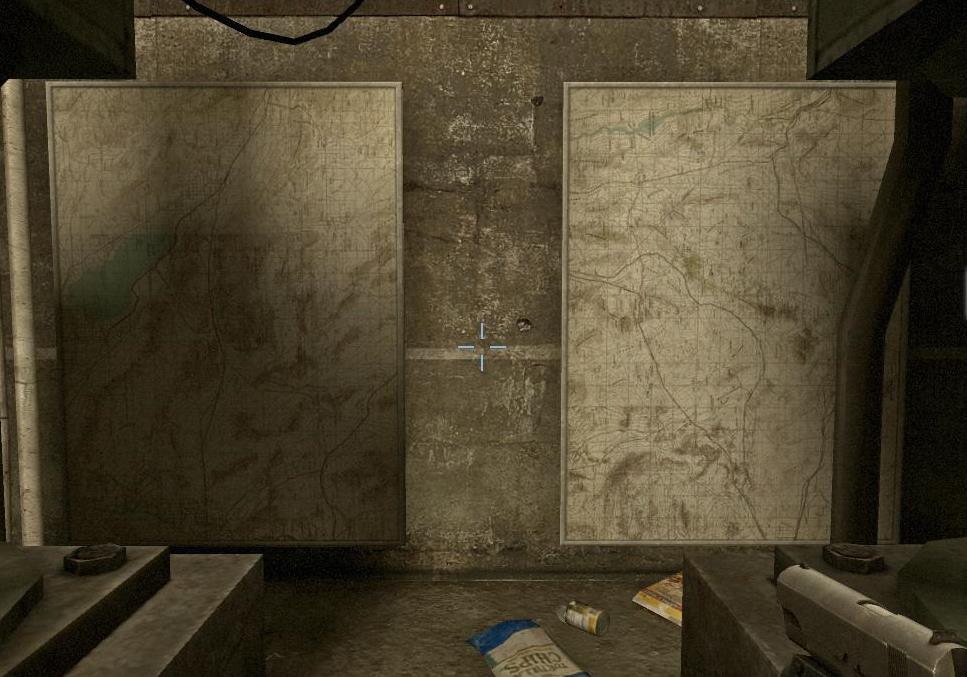 If You Ignore the Crazy Guy and the Zombies… Nice Town

The Survivors have travelled to the outskirts of Riverside by road, hoping to make it safely to the sea. Their path takes them through the city’s sewer system, and through the back gardens and graveyards of some rather disturbed (and generally doomed) individuals. Decorating the entire campaign are these topographical maps, based on only two samples – with the second one flipped around in later levels. 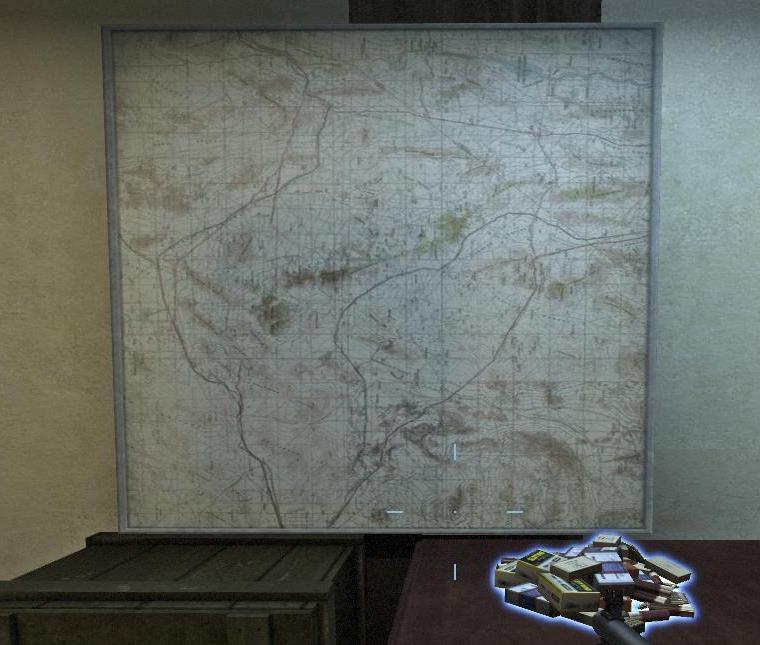 There are no particularly distinguishing marks or labels with which we can identify these maps – my assumption has been that they are in the public domain, and are perhaps reasonably old. What they do lend is a sense of rurality, as neither one depicts the sorts of road systems or transit infrastructure of previous levels. These are instead more the type of map to appear in a hunting lodge or ranger station. 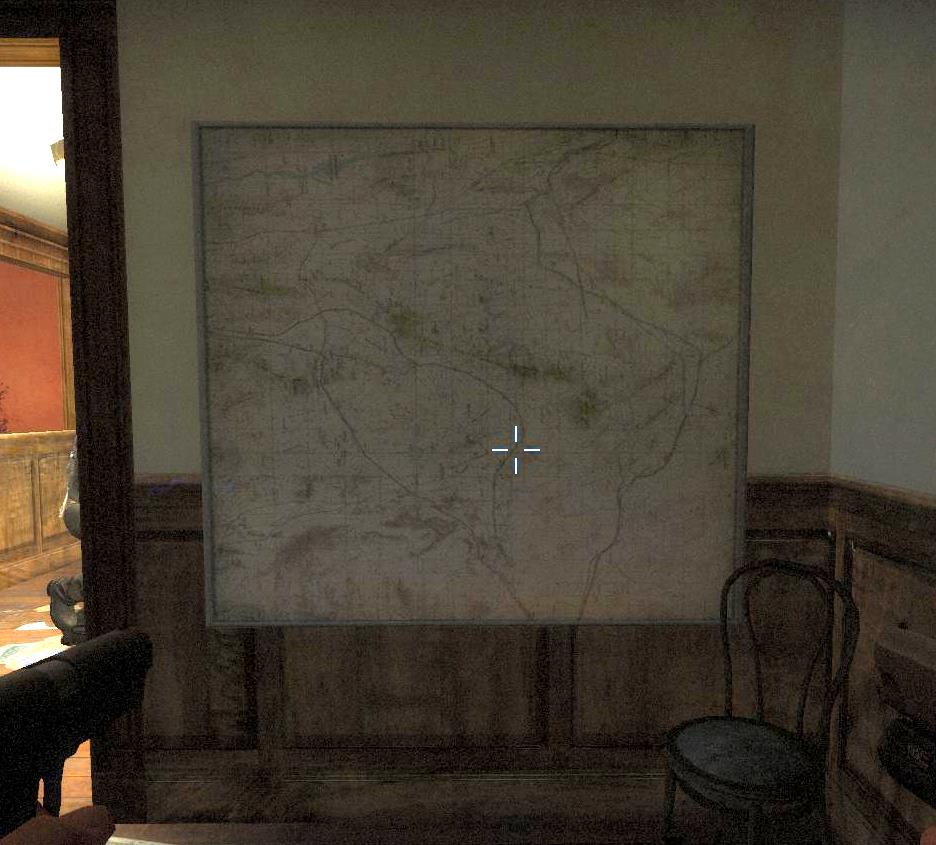 Taken while playing through after some experience of the level, with friends. The third screenshot has had its brightness and contrast tweaked for visibility, as this map stood in shadow; there are also targeting reticules on the latter two. Each is presented in the order it was found, one per chapter.