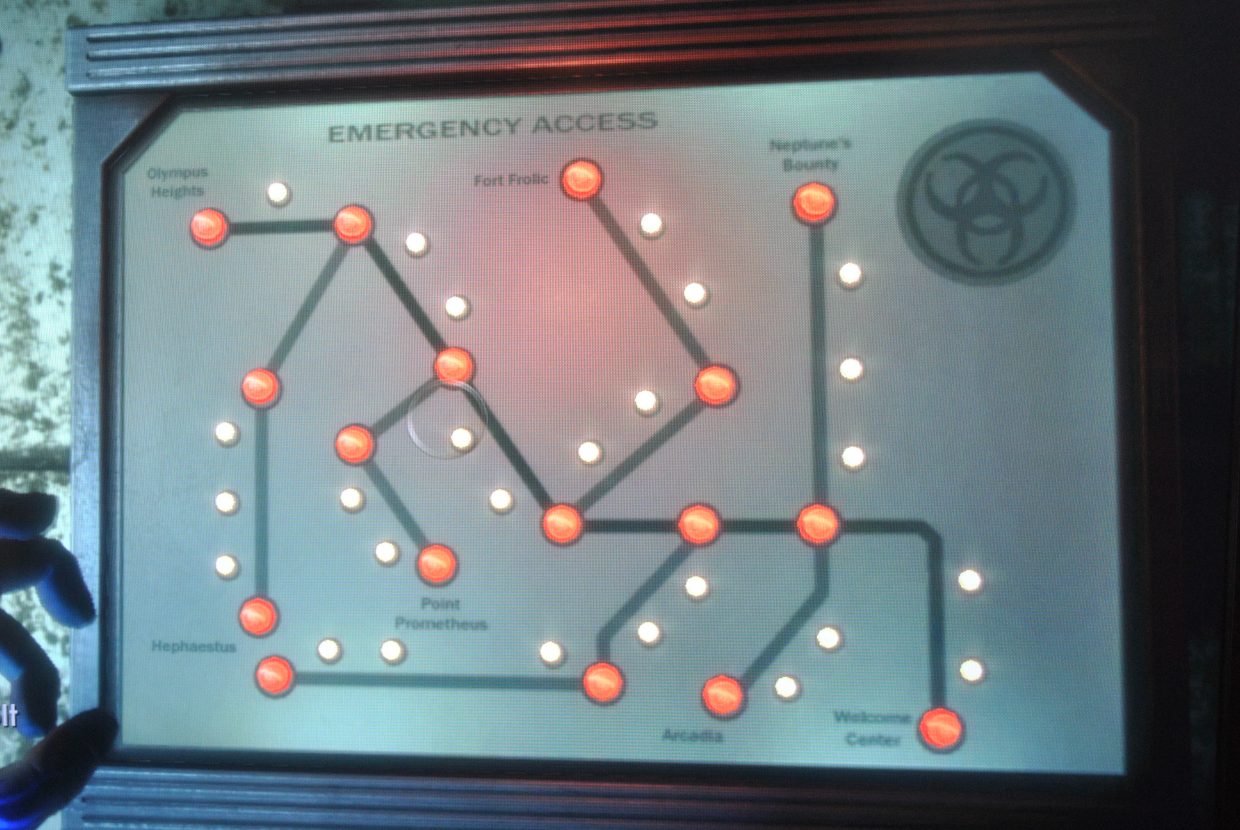 Thanks to regular contributor Liam Nicholson for this submission!

Unfortunately we don’t know quite where this shot was taken, but I’m led to believe that the diagram is featured a few times throughout Rapture, there to highlight emergency access routes for each of its playable districts.

A relatively simple arrangement of bulbs represent those areas which are locked (or unlocked, as may later be the case). The keys to these are held by individuals in each region of the ruined city. The Bioshock Wikia project makes note that the smaller, white lights between red-lit stations have no apparent purpose, though it’s reasonable to speculate that they represent airlocks.

As diagrams go it’s a little tricky to make out much in the way of detail. Some districts are labelled in straightforward fashion, and appear to be arranged based on their geography. There are, however, a number of other large districts which are unlabelled, either due to limits of space or because they may not be visited by the player. Given the relational geography of the diagram though, it is possible to orient one’s self according to Rapture’s Welcome Centre and its handful of other, Greek-inspired landmarks. Personally I suspect this device was knowingly designed more as a reference for the city’s electricians, rather than as a guide for tourists and residents. 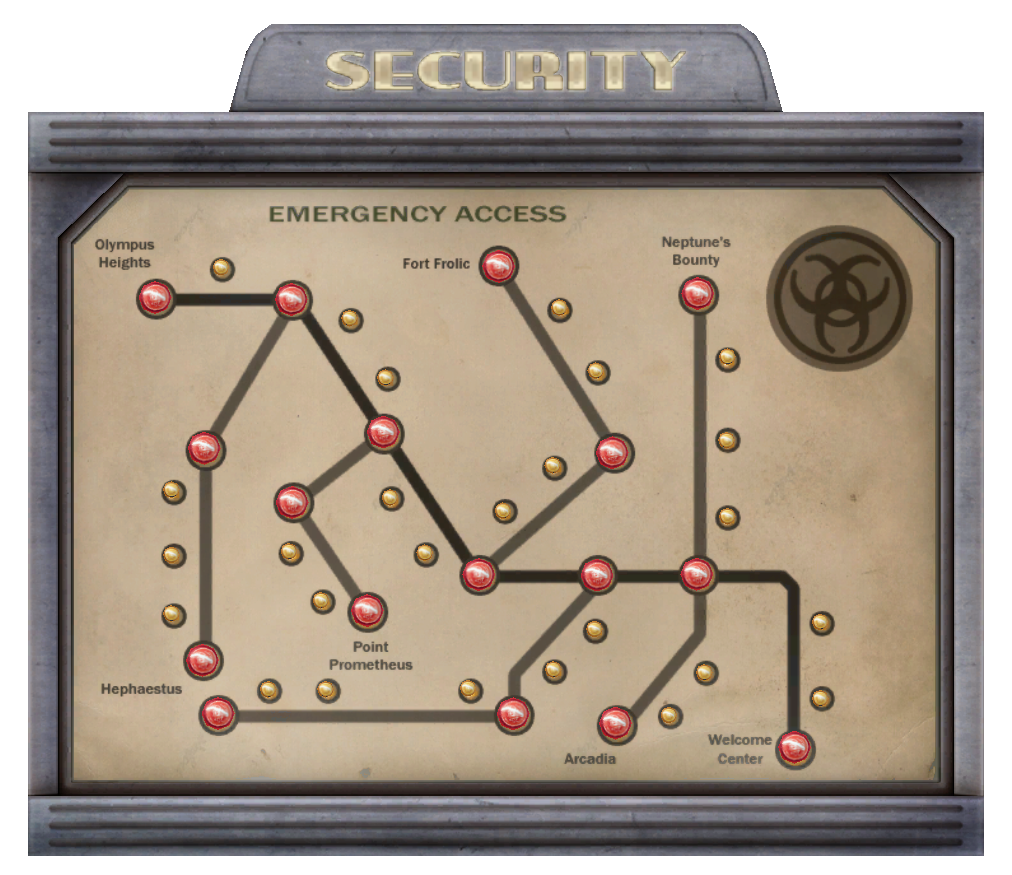 The second version of this map comes from the Bioshock Wikia project.