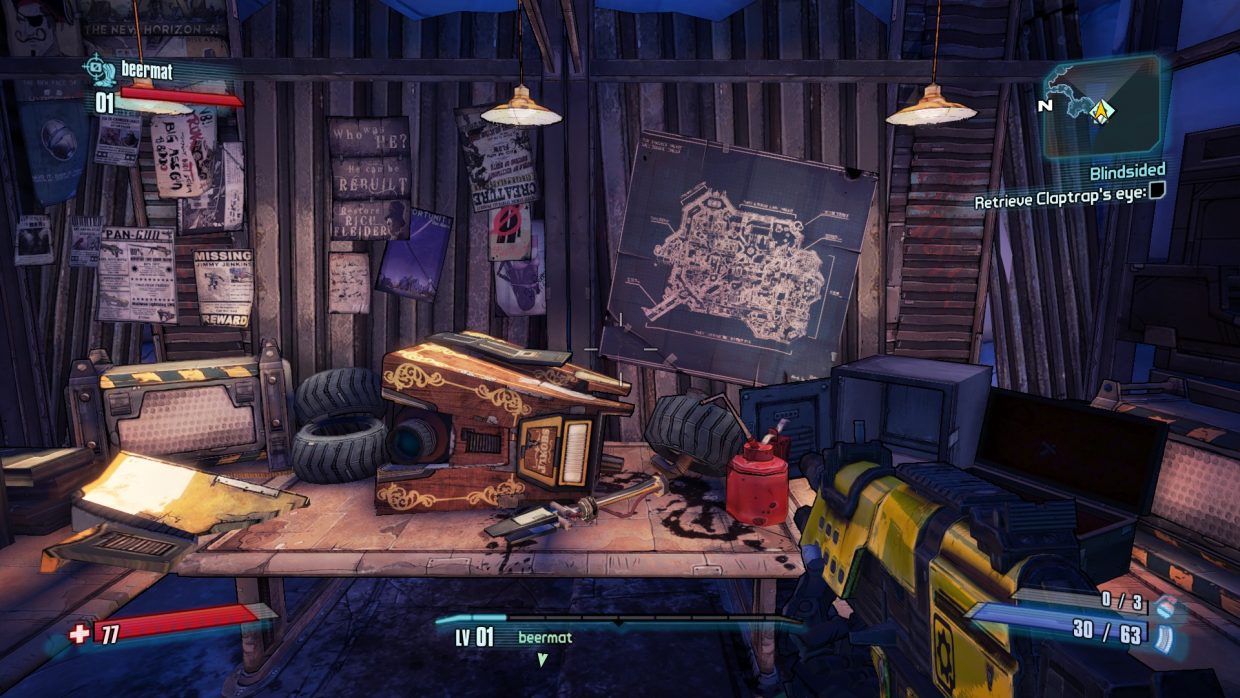 As our protagonist(s) wake up in the frozen wastes of planet Pandora, refuge is quickly sought amongst a pile of human detritus. This dumping ground for Hyperion junk (including the robot, Claptrap) also contains various posters and signs, the likes of which are found throughout Pandora. Amongst these, though, is a detailed blueprint plan of Opportunity: a Hyperion-owned metropolis, which the player will visit much later in the game.

Its placement at the beginning of the game is an interesting narrative breadcrumb. The player (as Vault Hunter) will later discover that Opportunity is a key part of antagonist Handsome Jack’s plans to gentrify this frontier planet. But so too are the Vault Hunters themselves…

Not much can be gleaned from the plans themselves, as most of the labels are either nonsense or simply illegible at this resolution. Two figures seem to show numbers at the Waterfront District and The Pits; others highlight the other waterfront spans. Callouts point to a construction crane to the south-west, the orbital delivery zone to the north-east, and a building just off Opportunity Square at the city’s centre. There are, however, some names written at the top-left of these plans, one of which credits Gearbox developer Wes Parker.

Incidentally, the same blueprint appears with different labels in Borderlands: The Pre-sequel. It can be found inside Jack’s Office aboard Helios Station:

Captured whilst playing the game in multiplayer, for the ‘umpteenth’ time. A targeting reticule is laid over the lower-left of the blueprint.