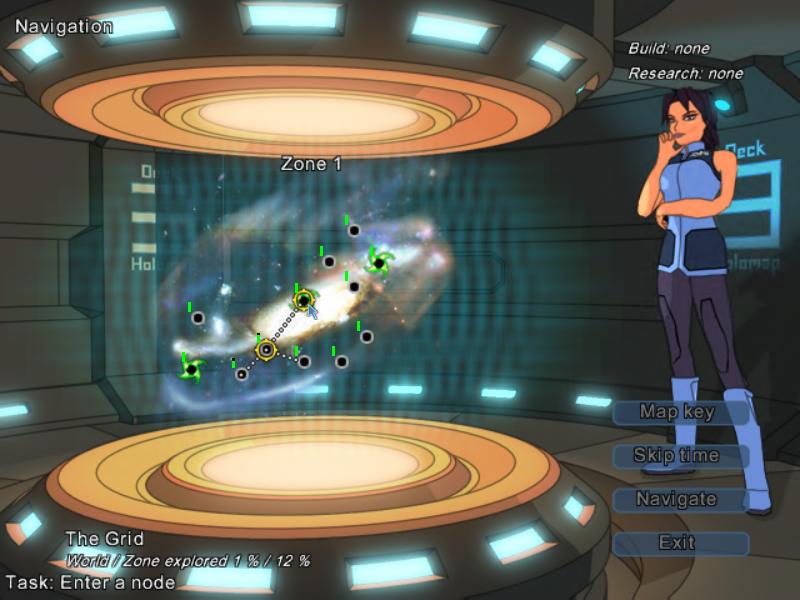 Following the first successful test of a faster-than-light engine, the Aegis and its crew are ambushed and stranded in a galaxy far from Earth. The player must help its crew survive an onslaught of Archnid attackers, and – now that humanity is known to the aliens – prevent a deadly incursion into our Solar system.

Starscape is a combination of RPG-style ship management and space-based, shoot-‘em-up action. The Aegis must navigate its way through a variety of galaxies, facing ever-tougher challengers; the player does this by means of an on-board holomap. Said holomap is overseen here by the ship’s captain, Rin Fubuki.

The map’s interactive functions are manyfold, displaying the following: 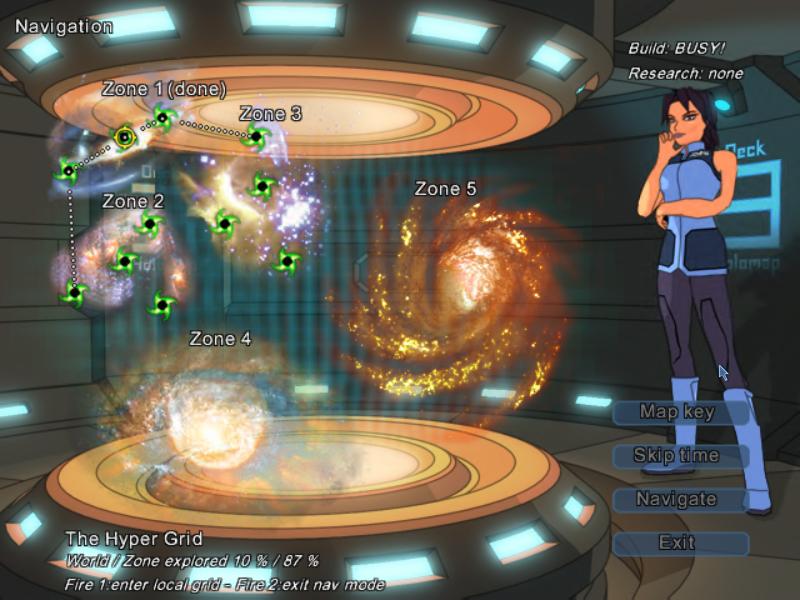 [As of 2011] few games blend the UI into the environment in this way, with the map as a functional part of the ship’s navigation deck. The player cannot actually move around the mothership, and so areas like this could be described as functioning like a menu.

Taken while playing the game through for the second time, out on a mineral drive so I could build up my forces for a final assault on the boss. Zone 1 had been cleared some time ago, hence the lack of an enemy presence.