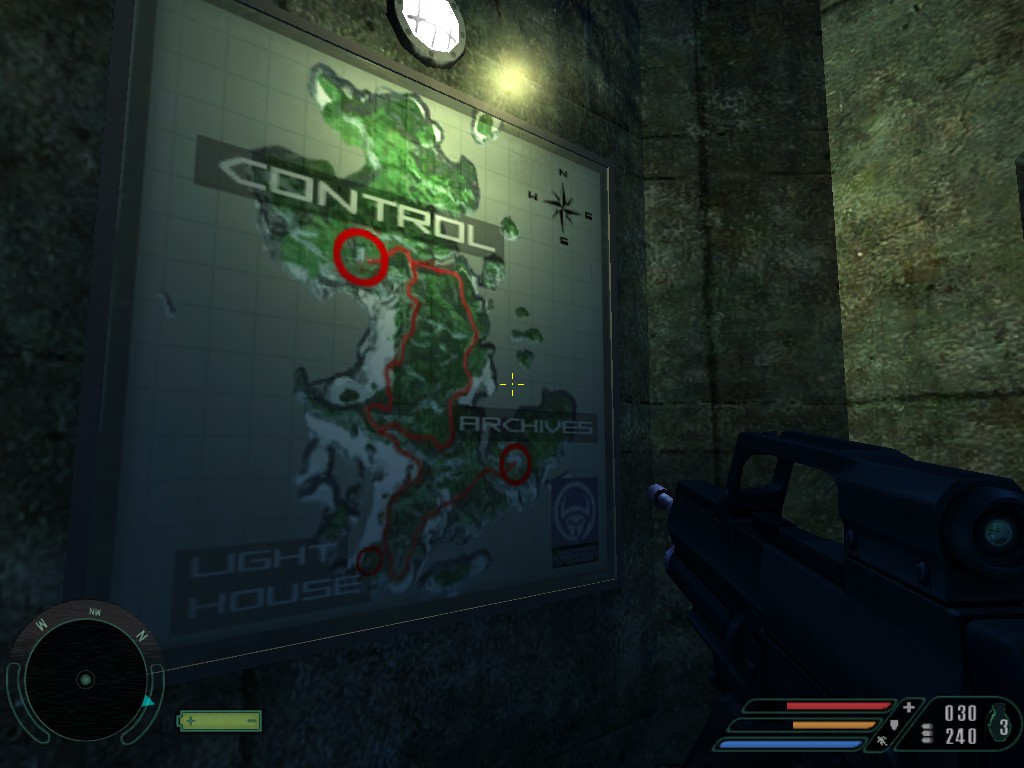 Far Cry is another game with which I am not at all familiar, but I find ‘Big-cow’’s post illuminating given that it too showcases a map unlike most found inside game worlds. The fonts, graphic style and blatantly-illustrated paths make this look much more like a player walkthrough, rather than a genuine map of what it otherwise a secret and largely-uninhabited island. This is a map which definitely makes itself noticed.

It comes at a point in the game where protagonist Jack Carver is out to rescue Valerie Constantine – his charter client, who also happens to be a CIA agent. Jack has to make his way across the island from the control room to the lighthouse, and then to the archives, fending off trigens as he goes.

Personally I am a little disappointed to see the path laid out so distinctly on this map, as unlike Left 4 Dead – in which previous Survivors leave breadcrumbs for the game’s protagonists to follow – there seems no clear, narrative reason for those lines to be there. It’s easier to see the justification from a game flow standpoint: the player is quickly made aware that there are two paths which will lead back to the control room, whilst another leads on to the archives. One might suppose that through the medium of this map, Dr. Krieger’s staff and mercenaries are also afforded the same simple reminder, should they happen to get lost while posted to this part of the island?

The map is presented with a targeting reticule overlaid, as one would expect from an FPS; it also bears the diegetic logo mark of either Dr. Krieger himself, or his Defence Department enterprise. There are gridlines of an unknown scale, and that rare occurrence of a compass rose.