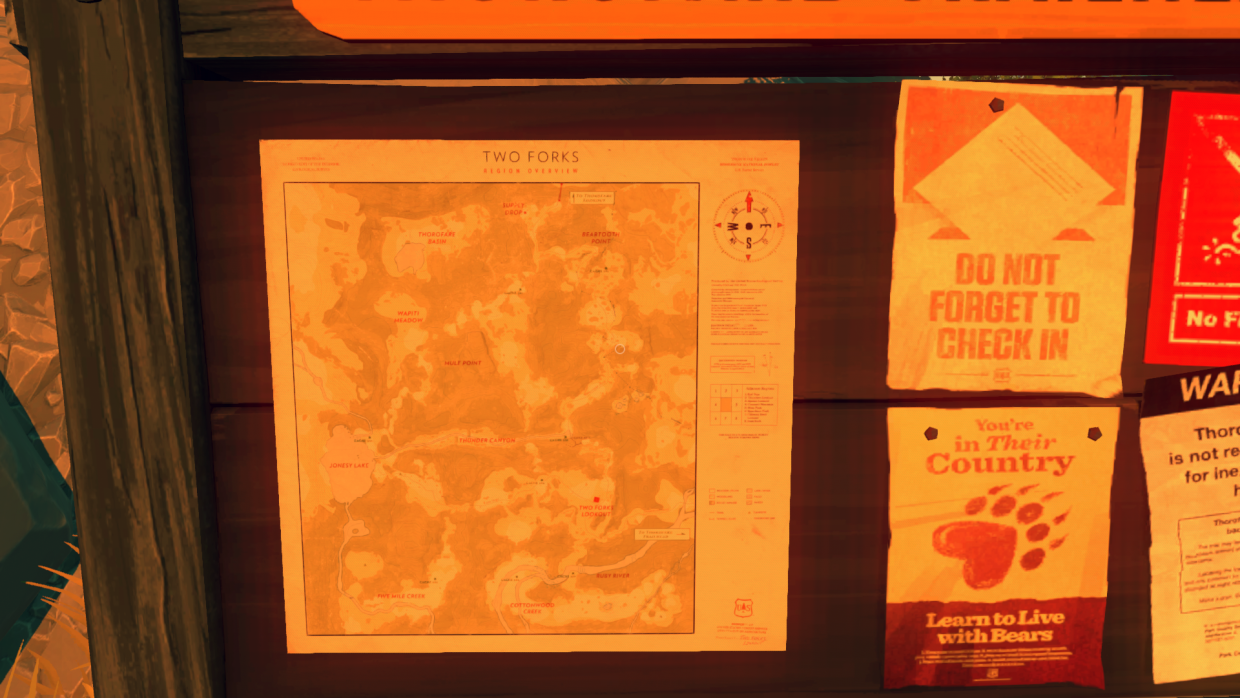 From the moment Henry enters the Shoshone National Forest, to when his time as a lookout reaches its conclusion, he is surrounded by maps. Visitors to this area would be greeted by a fictional United States Geological Survey rendering of the area, posted to an information board at the car park. Smaller, detailed maps are also found in supply boxes dotted around the forest. Lastly, a similar map with different type-facing appears inside a scientific research tent, discovered about halfway through the game:

As the player spends most of their time in Firewatch hiking, the map is key to ensuring one doesn’t actually get lost. As such, this topographic map is rendered in high detail. This is especially evident in the fact the player holds a copy of it, and will look down in order to read it. The map functions, then, as a sort of diegetic user interface. The player can also add extra information to their handheld map, as seen below:

Whilst I am not intimately acquainted with real-world USGS maps, it is clear that there are stylistic similarities between the protagonist’s map and some of the maps published by that organisation around the 1990s. The serif typeface on the research tent map seems reminiscent of the USGS’ older (1970s) maps, and is thus more authentic to the game’s setting. Perhaps the more modern maps have simply been modernised for the sake of player usability/accessibility.