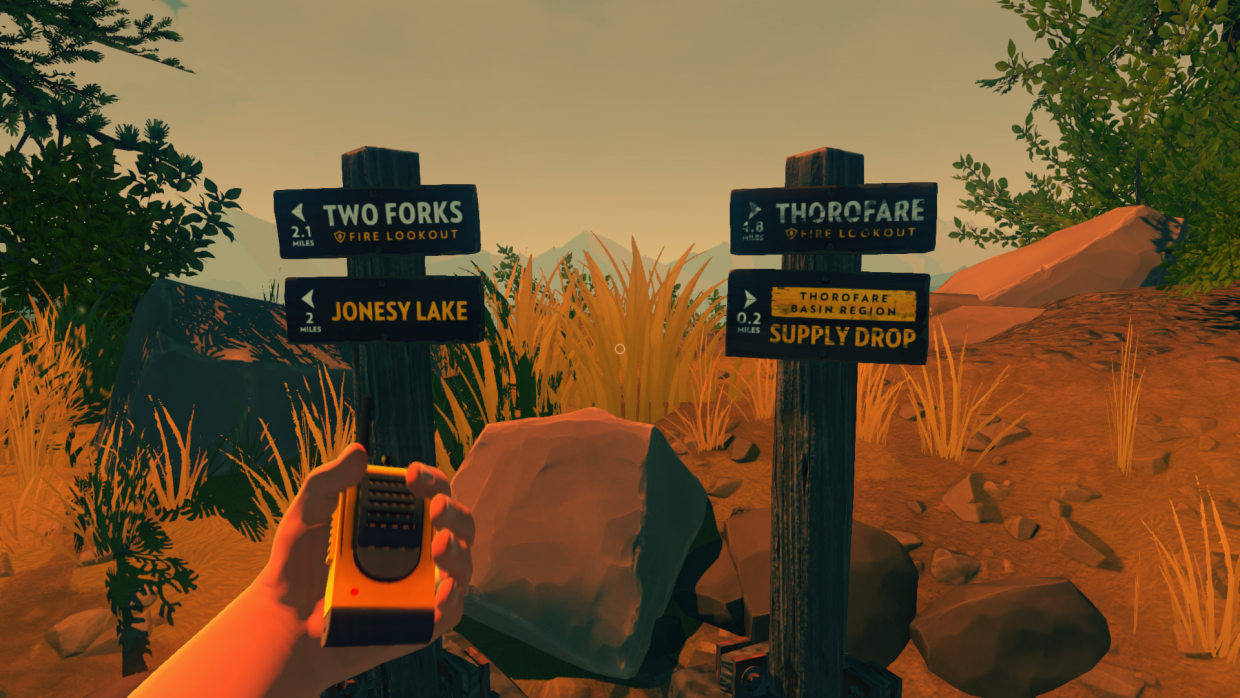 Whilst Henry will usually rely upon his USGS map of the Two Forks region to get around, there are also a number of signposts dotted around the hiking trails, there to help him and any visiting ramblers stay on track. The destinations vary from lookout posts (such as Two Forks and Thorofare) to landmarks, and places of interest to the forest’s rangers and lookouts.

Each signpost is rendered clearly and with standard wayfinding information: namely, a direction marker (up, down, left or right), the distance in miles, and the destination name. Sometimes, as in the case of this supply drop marker, that name will also feature some form of logotype. Generally though, all such signs are rendered in the same, sans serif font.

Signposts such as these are used sparingly within the game environment, providing only a rough guide to the whereabouts of various landmarks. As the trail itself is not always clear underfoot, such signs are therefore best used to confirm a heading, in combination with the game’s map and compass.

A Last Chance for Redemption

The Red Line North Will Take Us to Mercy