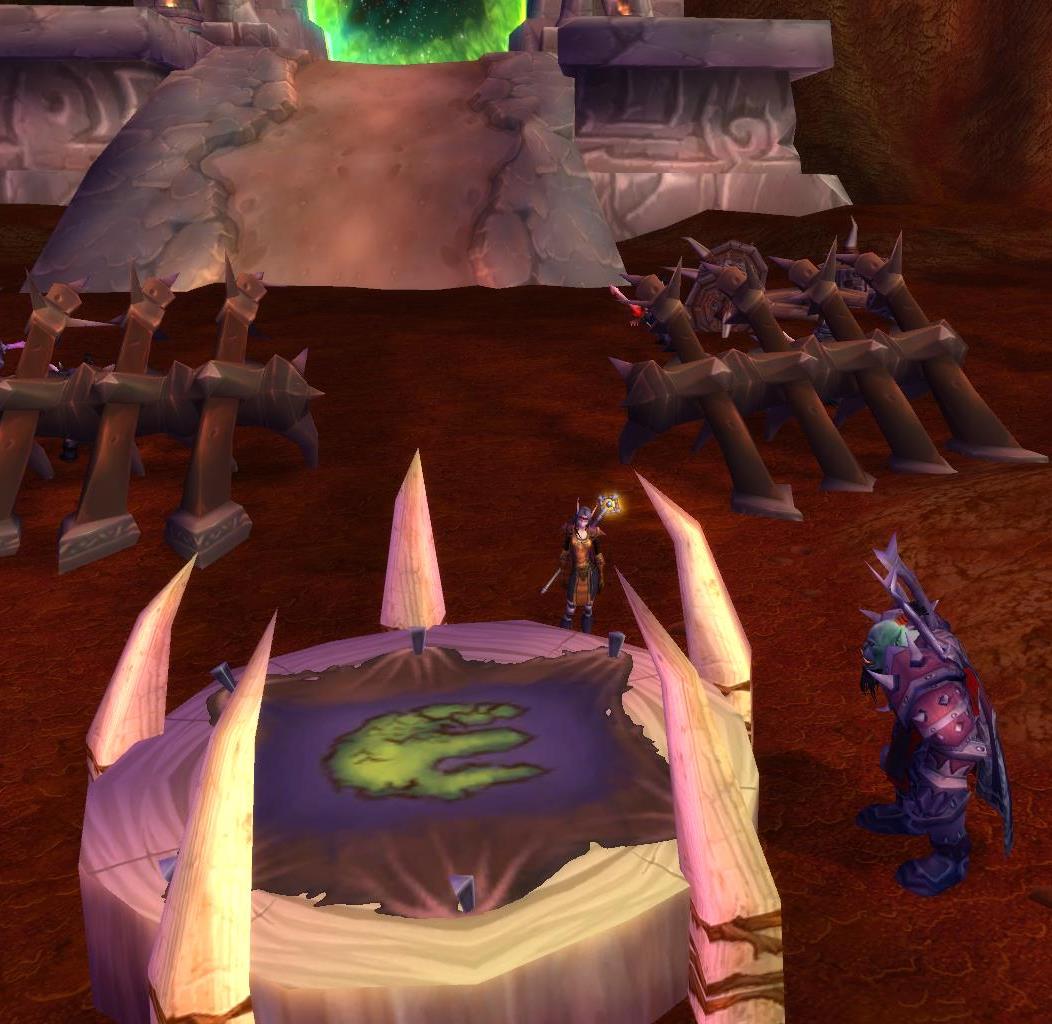 I Work… for the Horde!

Back in Azeroth and Outland, we find two instances of a relatively simple map, illustrating the realm of World of Warcraft‘s first expansion, The Burning Crusade. The map appears on a table set before both Warlord Dar’toon of the Horde and Watch Commander Relthorn Netherwane of the Alliance, at a point where players are about to venture into an alien battlefront. The same map also appears later in the Horde base at Thrallmar, and presumably in the Alliance’s Honour Hold, both in Outland itself.

The map is unlabelled, meaning it serves as little other than an illustration. What it does show is still quite telling though, as the distinctive and green ‘E’ shape is actually that of a complete Draenor, rather than the now-shattered “Outland”. It is as though the map has been drawn from the orcs’ memory of their old homeworld, with nothing yet displaying the desolation which was wreaked upon it after Gul’dan and Ner’zhul’s deal with the Burning Legion. 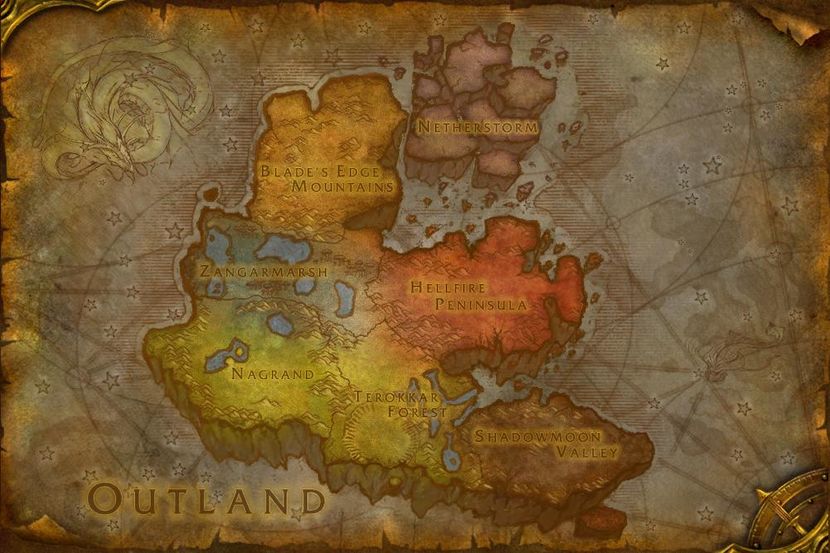 The in-game map of Outland, courtesy of WoWwiki. Note that the clean outlines of the ‘E’ shape we saw before has been shattered, particularly in Netherstorm.

Taken whilst on a transition quest between expansions, to begin play in Outland. The character is my own blood elf priestess, Diziet.